President Aliyev: We freed Shusha from captivity and returned it to our people 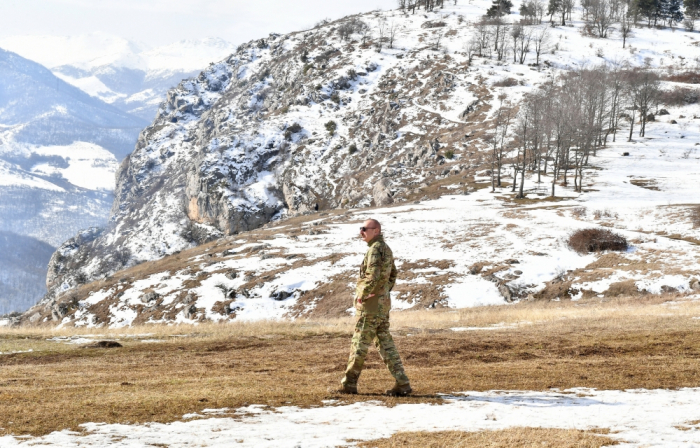 Shusha is Azerbaijan’s ancient city, no matter how hard the Armenian propaganda, fake scientists, fraudulent politicians and international circles may try, it is all in vain, President Ilham Aliyev as he addressed the nation after lighting a holiday bonfire on Jidir Duzu, Shusha.

“Panahali Khan laid the foundation of Shusha, built Shusha. We freed Shusha from captivity and returned it to our people, to our state,” the head of state stressed.

President Aliyev reiterated that Shusha is an ancient Azerbaijani city, and this has always been the case.

“Hard as the hated enemy tried in the last 28 years, it failed to change the Azerbaijani spirit and appearance of Shusha. True, houses have been knocked down, historical sites have been demolished, mosques have been demolished, several ugly buildings have been built. As a matter of fact, there was no construction here. There were about 2,000 Armenians living in the Khrushchev-era apartment blocks left over from the Soviet era, and most of whom were servicemen and their families. If it was an Armenian city, why didn't Armenians come and live here? Because Armenians have no history here. If it is an Armenian city, why did they bring it to such a deplorable state? Why did they plunder Shusha? Why didn’t they restore it in 28 years?” he said.

The Azerbaijani leader said he has repeatedly visited the liberated lands.

“The abject poverty I see here is probably nonexistent elsewhere in the world. But what did they do after all? It was all a lie, a lie, just as they falsified history and reality,” the head of state added.