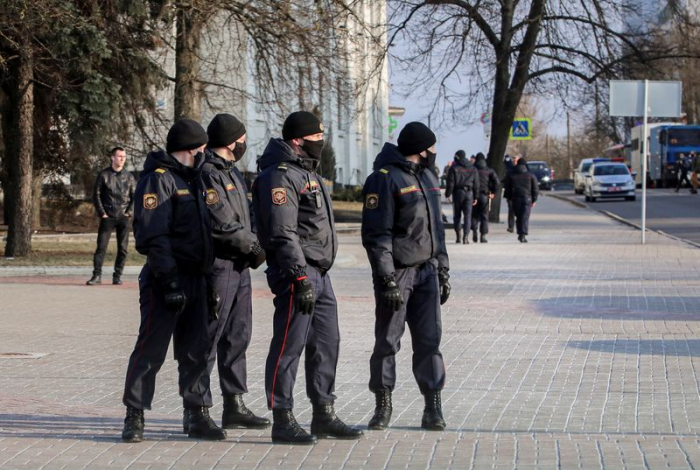 Belarus authorities warned on Saturday that anyone participating in protests is liable to criminal prosecution, as armoured vehicles and police buses moved into the centre of Minsk ahead of an expected new round of protests.

Opposition figures, who have led demonstrations against President Alexander Lukashenko since an election they deemed rigged in August last year, have recently called on the public to ramp up protests once again, after a two-month lull.

The Minsk Investigative Committee warned that protesters could face criminal charges, and said it had opened a case against the authors of posts on the Telegram messenger app that called for people to go out on the streets.

Protests were expected to start again in earnest on Saturday afternoon, though some detentions had already taken place in the morning, according to videos shared on Belarus opposition media channels.

Dozens were detained on Thursday during a relatively minor protest, coordinated to coincide with ‘Freedom Day’, an unofficial anniversary marking Belarus’ 1918 declaration of independence from Russia, a period that proved short-lived.

Over 34,000 people have been detained since the start of regular demonstrations in August last year, which attracted hundreds of thousands of people and formed the biggest challenge so far to Lukashenko’s nearly 27-year-rule.

Lukashenko denies electoral fraud and has accused the West of sponsoring the protests.

On Friday, Belarus was disqualified from the Eurovision Song Contest after lyrics of submitted songs were deemed to be mocking of anti-government protests.