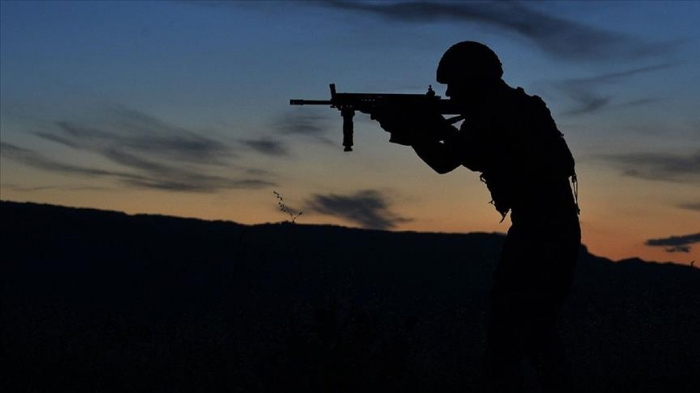 The terrorist, identified as Ömer Aydın, code-named Renas Aydın, who was responsible for coordinating the terrorist group’s customs activities, was “neutralized” in the operation, the report said.

Turkish authorities often use the term “neutralized” in statements to imply the terrorists in question surrendered or were killed or captured.

PKK terrorists often use northern Iraq as a base to plan cross-border terrorist attacks on Turkey.

Turkey had previously warned the Kurdistan Regional Government (KRG) and Iraqi governments numerous times about eliminating the PKK’s presence to maintain Turkey’s border security. Despite top officials from both governments expressing their discomfort with PKK camps and activities, saying that they won’t allow militants to attack Turkey from their soil, no serious action was taken in this regard.

With no concrete results from Iraq and the KRG, Turkey decided to take matters into its own hands and assumed a hard stance against the PKK presence in northern Iraq.

In its more than 40-year terror campaign against Turkey, the PKK – listed as a terrorist organization by Turkey, the U.S. and the European Union – has been responsible for the deaths of 40,000 people including women, children and infants.