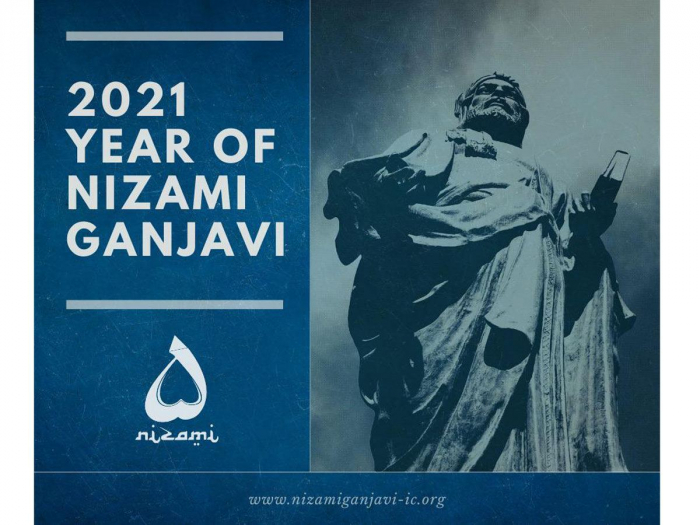 “I know that Azerbaijan is keen on that and our centre is also very active in portraying the personality and the works of this great poet and sage," he said.

"Unfortunately, under this atmosphere of сoronavirus and the lack of meeting on, the lack of the ability to convene conferences as we used to do in different parts of the world,” Altwaijri said. I think this will handle our work; this does not cause us a pessimism that stops us from working. I know that my dear friend the Secretary-General and his colleagues in the centre are going to organize more and more activities on Nizami Ganjavi in his year 2021 and the President of Azerbaijan His Excellency Mr Ilham Aliyev is very supportive about this, and we are all in support like him, because we want to show the world, that we have in our history personalities who contributed to human civilization, who contributed to the message of peace, of tolerance, of humanism before many others, who are now being raised in lofty places in the West as if the West is the producer of tolerance, peace and humanism,” he said.

“They contributed to human civilization and we can benefit a lot from their works. If you may allow me to say, Nizami Ganjavi was a great poet and great poets recognized him as a great poet, like Hafiz Shirazi, Saadi Shirazi, Abdul Rahman Jami, Esmat Bokhari all of them praised his poetry,” he said.

“Many Arab poets praised him like Ahmed Shawqi and many other great poets in the Arab world. Also, the writers of history in the Islamic world mentioned him with great respect like Aufi, Hamdallah Mustawfi, Samarqandi, Lotfali Beg, they all wrote about him with great reverence, with respect,” Altwaijri added.

“We must show this to the world. Not only to the world but first to our people in the Islamic world, because there are many people who do not know Nizami Ganjavi, Hafiz Shirazi, Abu al-Ala al-Maarri and all the great poets, great philosophers,” he said.

“These are the responsibilities of our intellectuals in the Islamic world and the concerned institutions, especially the OIC, ISESCO and other institutions to work hard, to introduce the bright face of the Islamic civilization, which are being now attacked by ignorance and which are being diminished and tarnished by close-minded people,” Altwaijri noted.

“I am very proud to be part of the Nizami Ganjavi International Center and to be a participant always in its activities. It is one of the best forums in our world today,” he said.