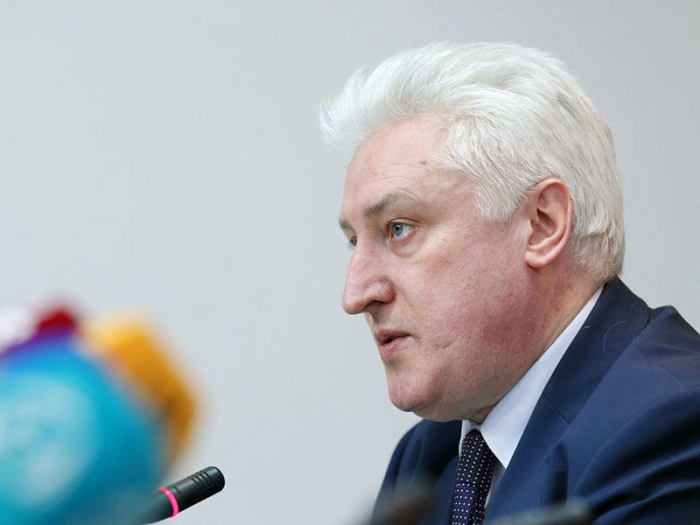 The April battles of 2016 showed that the Armed Forces of Azerbaijan are superior to the Armenian Armed Forces in all respects, Editor-in-Chief of the Russian National Defense magazine, military expert Igor Korotchenko told reporters, AzVision.az reports citing Trend.

Korotchenko noted this actually was the first successful example of how the modernization of the Azerbaijani army gave its practical results.

On April 2, 2016, all the frontier positions and settlements of Azerbaijan were subjected to heavy fire by the Armenian Armed Forces. As a result of the shelling of Azerbaijan’s settlements located along the line of contact, civilians were killed, including two children. Numerous public and private facilities, including civil infrastructure, were severely damaged as a result of the attack.

Azerbaijan responded with an armed offensive, which resulted in four days of fighting, as the country liberated several important strategic spots previously occupied by Armenian Armed Forces. As a result of the successful counteroffensive, more than 2,000 hectares of territory were liberated from the Armenian occupation.

“The new technical appearance, new tactics and strategy of combat operations, self-confidence, high morale and motivation of the personnel - privates, officers, generals of Azerbaijan - all this became an important indicator that the Azerbaijani Armed Forces are superior to Armenian Armed Forces in all basic parameters. Actually, the successful offensive proved this - in just a few days of fighting, a significant part of lands previously occupied by Armenian were liberated,” Korotchenko said.

According to the expert, Azerbaijan laid the foundation for the victory in the Second Karabakh War five years ago.

"Without the experience of the April battles, without knowledge, self-confidence, the ability to overcome the heavily fortified defenses of Armenia, it would probably still be difficult to count on the success that came five years later,” he said.

“We see that the victory in April, and then the final victory in November 2020 showed that the Azerbaijani Armed Forces are one of the best in the region and operate effectively in line with the new canons and methods of waging modern war, war of the XXI century," the military expert stressed.

Speaking about the significance of the April battles, Korotchenko added that Azerbaijan had managed to witness the importance of various kinds of special units - special forces, special operations forces and attack drones.

“In this context, in fact, the basis of that experience was acquired, those skills that were further improved over five years and allowed Azerbaijan to achieve victory at the end of last year, finally defeating the occupiers and expelling them from its territory,” the expert said.