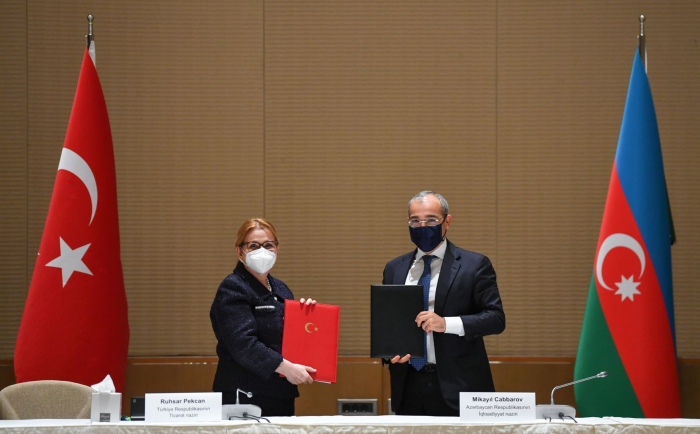 The Memorandum of Understanding on Digital Trade was signed today between Azerbaijan and Turkey, Trend reports on April 2 referring to the publication of Azerbaijani Minister of Economy Mikayil Jabbarov on Twitter.

“The memorandum will contribute to bringing trade relations to a new level, stimulating the trade of goods and services through the use of new technologies, as well as to the development of digitalization in our countries,” Jabbarov added.

Earlier, a protocol and action plan were signed during the 9th meeting of the Joint Intergovernmental Commission on Economic Cooperation between Azerbaijan and Turkey.

Jabbarov said that these documents will contribute to the intensification of economic relations between the two countries and the implementation of new joint projects.