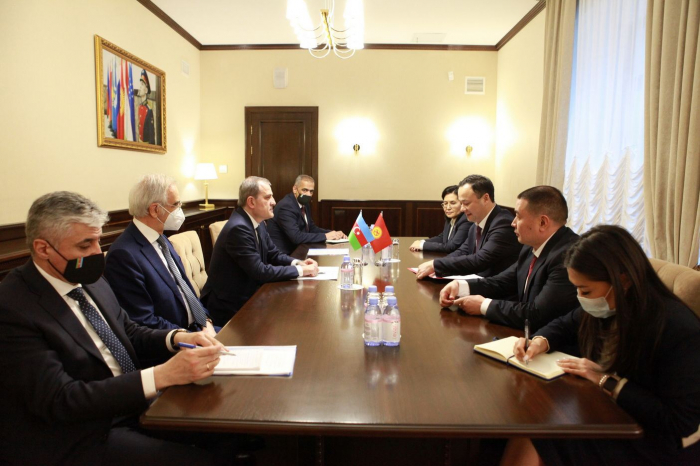 The ministers exchanged views on expanding and deepening existing bilateral relations between Azerbaijan and Kyrgyzstan. They stressed the importance of the implementation of mutual visits for the development of cooperation.

Discussing the perspectives for the development of bilateral economic relations, the ministers noted the importance of holding the next meeting of the Intergovernmental Commission on Economic and Humanitarian Cooperation between the Republic of Azerbaijan and the Kyrgyz Republic.

Bayramov briefed his counterpart on the results of the 44-day second Armenia-Azerbaijan Nagorno-Karabakh War, the current situation in the region, as well as the measures taken to implement the trilateral statements.

The sides stressed the importance of continuing political consultations between the foreign ministries of the two countries.

The continuation of cooperation between Azerbaijan and Kyrgyzstan within international organizations and other issues of mutual interest were discussed at the meeting.