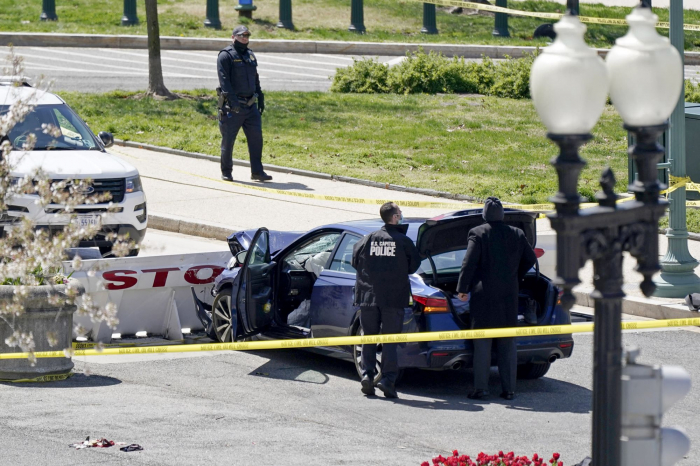 A police officer has been killed and another has been injured after a car rammed into the US Capitol complex, BBC reported.

The vehicle crashed into a security fence before the driver lunged towards the officers with a knife, police said.

The officers then opened fire and the suspect, who has not been identified, was shot dead.

In a press conference on Friday, the acting chief of police in Washington DC said the attack did not appear to be related to terrorism.

"It is with a very, very heavy heart that I announce one of our officers has succumbed to his injuries," Acting Capitol Police Chief Yogananda Pittman said at the conference.

The exact circumstances of the officer's death are not yet clear.

"Whether the attack was at law enforcement, or whoever, we have a responsibility to get to the bottom of it and we'll do that," Robert Contee, the acting chief of the city's Metropolitan Police Department, said.

There is an increased security presence around the Capitol building, where the US Congress sits, and a number of police cars surrounding the area.

The entry point on Constitution Avenue where the vehicle struck the barricade is directly where Senators and their staff come to the Capitol each day, according to observers.

But Congress is currently in recess, meaning the majority of politicians are not at the Capitol complex today.

However, some reporters, maintenance workers and Capitol Hill employees are likely still on the Capitol grounds.

Two officers were rammed by a car and injured at the barricade at the Constitution Avenue access point to the Capitol, U.S. Capitol Police said Friday, shortly after they sent an alert to staffers warning of an "external security threat." Two sources confirm to CBS News that the suspect has died.

The incident comes nearly three months after rioters overran the building in a deadly attack on January 6.

U.S. Capitol Police said in a tweet that officers were "responding to the North Barricade vehicle access point along Independence Avenue for reports someone rammed a vehicle into two USCP officers," then corrected that to say the incident was at the Constitution Avenue access point.

"A suspect is in custody. Both officers are injured. All three have been transported to the hospital," the tweet said.