At least 570 killed in Myanmar since coup, rights group says 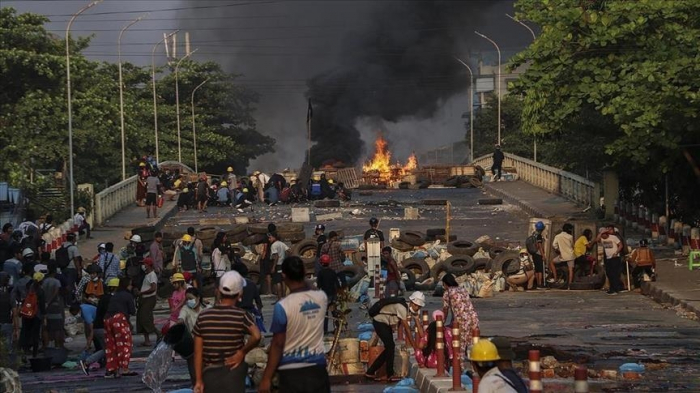 As of April 5, 570 people were confirmed killed by the military junta, a total of 2,728 people were under detention and 38 of them were sentenced, the Assistance Association for Political Prisoners (AAPP) said in a statement on Monday.

The AAPP reported that violent crackdowns still continue against protesters in the PinLeBu town of the northwestern Sagaing Region.
On Monday, two students were arrested, one man was killed, and two wounded civilians were arrested by the military, it said.

“Gunfire was used against crowds of people demanding the release of the two detained students,” the AAPP added.

In addition, more protesters were arrested and their homes searched by the forces.

The civil rights group said passing motorbikes and cars on the roads were being checked and if the passengers’ mobile phones were caught with anti-military dictatorship stickers and photos, they were detained.

In response to the coup, civilian groups across the country launched a civil disobedience campaign with mass demonstrations and sit-ins.