What we have done was just cause - President Aliyev 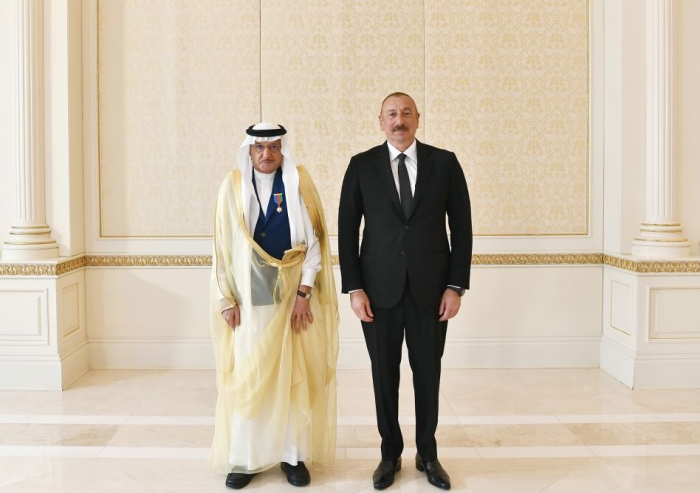 What we have done was a just cause, President of the Republic of Azerbaijan Ilham Aliyev said receiving Secretary General of the Organization of Islamic Cooperation (OIC) Yousef Bin Ahmad Al-Othaimeen, AzVision.az reports.

“Now we want the whole world to see it and to realize that what we have done was a just cause, based on international law, on UN charter, on our right for self-defense, and was based on justice. So, we restored justice. The aggressor was thrown away from our lands, and now it’s a time to restore. But it will take time, of course, because the biggest problem is mines. After war stopped we had already dozens of casualties, including those who have been killed by the mines and Armenia did not give us a map of mines. So, this is another war crime, because it is an obligation to do it. But they continue this policy against Azerbaijanis even after the war already stopped for many months. But we will do everything what is needed, demining process is going. Already we are planning for reconstruction, master plans of the cities, of villages being already in the phase of preparation and, of course, we want our brothers from Islamic World to come to see to visit and to see what they have done to our historical heritage and to see the process of reconstruction. And of course, I will be also very glad to see you sometimes in the future after we start already the process of reconstruction,” the head of state said.