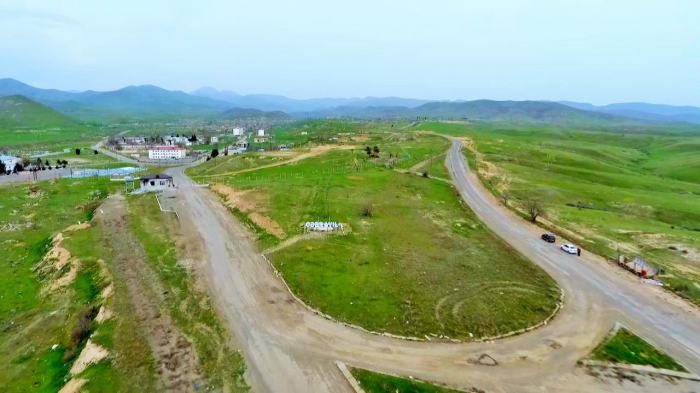 “The highway starts from the village of Hadrut of the Khojavand district. It will pass through the territory of Jabrayil district, where it will intersect with the Hajigabul-Minjivan-Zangazur corridor in the Shukurbayli village,” the agency message said.

“The highway’s length will be 43 kilometers. According to the order of the head of state, the four-lane Hadrut-Jabrayil-Shukurbayli highway is being built taking into account the development plan of Karabakh and will correspond to the I technical category,” the message reads.

“In accordance with the project, seven bridges will be built. It is planned to build a road junction at the intersection of the highway with the Hajigabul-Minjivan-Zangzur corridor,” the agency noted.

The Hadrut-Jabrayil-Shukurbayli highway will pass through the liberated Khojavand, Fuzuli and Jabrayil districts. It will connect about 20 settlements, including the village of Hadrut and Jabrayil city.

This road infrastructure project is an integral part of the unified transport concept of Karabakh.