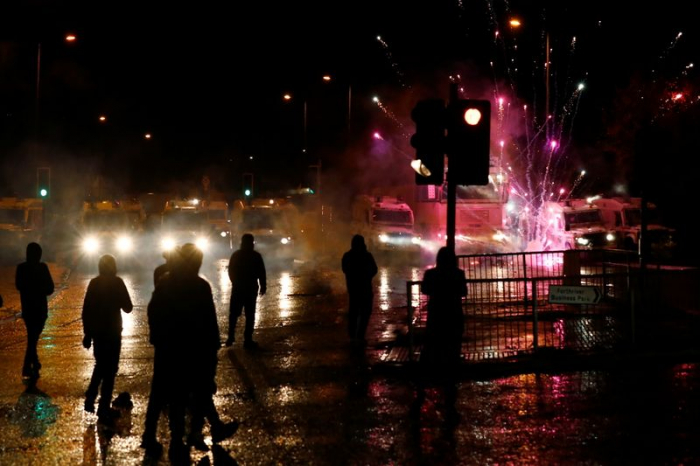 Pro-British loyalist militants in Northern Ireland said on Friday there had been a “spectacular collective failure” to understand their fears and anger over Brexit and other issues as police braced for more street clashes following a week of riots.

New border arrangements with EU-member Ireland must be negotiated, the Loyalist Communities Council (LCC) said in a statement.

Despite appeals for calm from London, Dublin and Washington, the nightly unrest in pro-British areas spread further into Irish nationalist parts of Belfast on Thursday, where police responded to petrol bomb and stone attacks with water cannon.

Nineteen officers and a police dog were injured, police said.

The clashes are some of the worst violence in Northern Ireland in years and have raised concern about the 1998 peace accord that largely ended three decades of sectarian and political bloodshed during which 3,600 people were killed.

The LCC, which says it speaks for the Ulster Volunteer Force, Red Hand Commando and Ulster Defence Association militant groups, said it was not involved in the riots and it called for calm.

The loyalist paramilitaries, as they are known, laid down their weapons in the years that followed the Good Friday Agreement. But the LCC said Unionist anger had been misunderstood.

“To date there has been a spectacular collective failure to understand properly the scale and nature of Unionist and Loyalist anger,” it said.