Ecuador selects president under the shadow of Covid 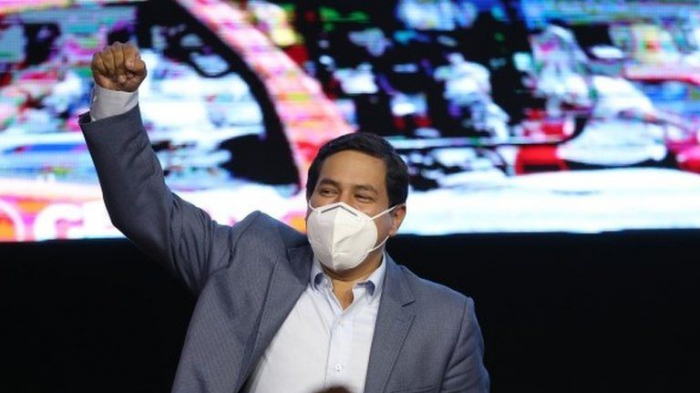 As Ecuador grapples with the crippling social and economic impacts of Covid-19, its voters will choose on 11 April whether a left-wing technocrat and economist or a conservative banker-turned-politician is the most suitable president to lead them out of the crisis.

Sunday's presidential run-off election is set to take place against the backdrop of one of the worst economic downturns in the Andean nation's history caused by a still-raging coronavirus pandemic that has so far claimed more than 17,000 lives. Eight of the country's 24 provinces, including the capital Quito and the largest city, Guayaquil, have been under a health emergency.

In the shadow of this, Ecuador's citizens will decide whether they want the socialist policies of former minister Andrés Arauz, 36, who is a political protégé of former left-wing President Rafael Correa, or the pro-market strategies of 65-year-old former banker Guillermo Lasso, a three-time presidential candidate.

While some pollsters have predicted that Mr Arauz could win the deciding run-off with the same big margin - over 10% - with which he finished ahead in the 7 February first-round vote, others forecast a closer result.

There was still considerable uncertainty about where the votes gained in February by the third-placed contender, indigenous leader Yaku Pérez, would end up going in the April run-off. Mr Pérez, who denounced "fraud" in the first round and demanded a recount, has refused to back either Mr Arauz or Mr Lasso and has called on his followers to cast blank votes on Sunday.

If he is elected, Mr Arauz would become the country's youngest ever president at 36.

He held several high-ranking posts, including heading Ecuador's central bank and leading the ministry of culture, during the 2007-2017 presidency of Rafael Correa, himself a prominent figure of the Latin American left.

Mr Arauz's close links to the former president, who currently lives in Belgium and faces an eight-year prison sentence for corruption charges in Ecuador, has opened him up to allegations that he will rule as "Correa's man".

While he did not shy away from using former President Correa's image to rally support on the campaign trail, Mr Arauz has insisted he will make his "own decisions" if elected president.

In contrast, former businessman and banker Guillermo Lasso represents the country's business sector and has vowed to break away from the leftist policies of past administrations that he says have dragged Ecuador down.

However, despite his criticisms of Rafael Correa and the current centrist administration of Lenín Moreno, Mr Lasso has been accused by critics of offering a continuation of the unpopular Moreno government, which has been badly battered by the intertwined health and economic crises.