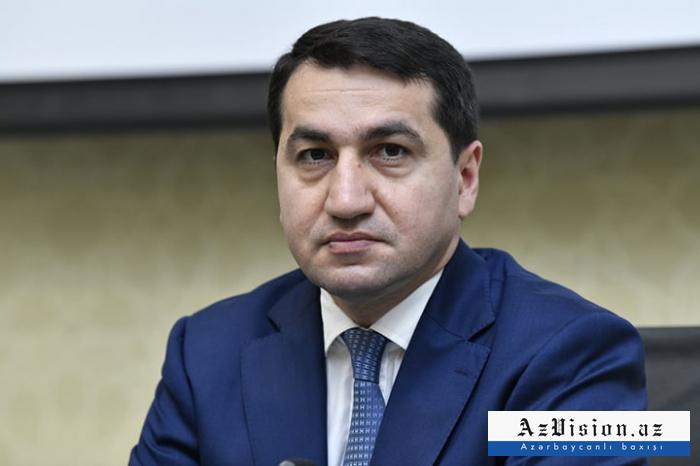 Aghdam city which was liberated from Armenian occupation during the Second Karabakh was is a clear example of urbicide, Assistant to the Azerbaijani president, Head of the Foreign Affairs Policy Department of the Azerbaijani Presidential Administration Hikmat Hajiyev tweeted, AzVision.az reports.

"Urbicide is a term which literally translates as "violence against the city". Liberated city of Agdam which entirely ruined and looted as a result of Armenia's 30 years long vandalism is clear illustration of URBICIDE. Agdam is referred as the 'Hiroshima of the Caucasus'," he wrote.