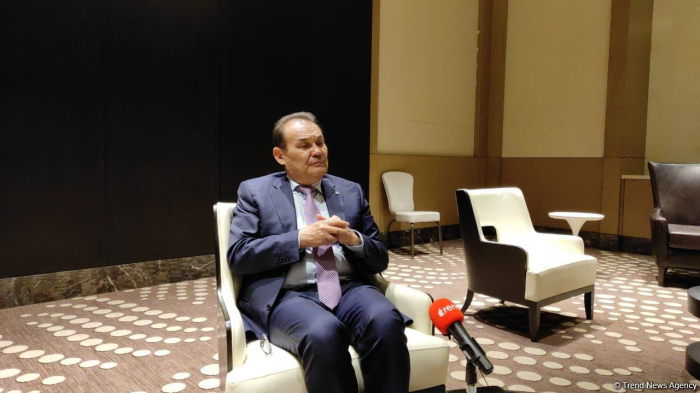 The Victory of Azerbaijan in the Second Karabakh War from late Sept. through early Nov.2020 was the victory of the entire Turkic world, and it gave a powerful impetus to our peoples, said Secretary-General of the Cooperation Council of the Turkic-Speaking States (Turkic Council) Baghdad Amreyev, AzVision.az reports citing Trend.

"Thanks to the victory, brotherly Azerbaijan made a huge contribution to the consolidation of the Turkic world," Amreyev said. "Justice has triumphed and role of Azerbaijan has significantly grown with the victory in Karabakh."

He added that a week before the victory, on November 2, 2020, the Turkic Council organized a meeting of the heads of the chambers of commerce and industry of the participating countries, as well as major businessmen.

"We have previously met with President Ilham Aliyev and discussed the participation of our companies in the restoration work in the liberated territories. Of course, the restoration work isn’t so easy, first it’s necessary to restore the basic infrastructure and develop projects," concluded the secretary general.

As a result of the Second Karabakh War, Azerbaijan liberated its territories from Armenian occupation.