Protests erupt in US after police kills another Black man 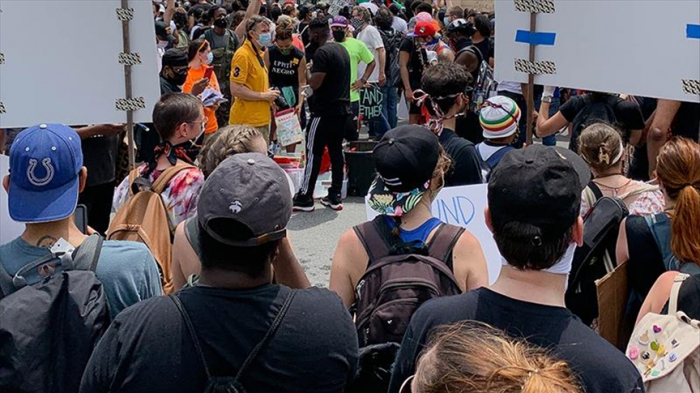 A police officer fatally shot a driver in Minneapolis on Sunday in the US state of Minnesota, leading to clashes between protesters and officers, local media reported.

Police said that when they tried to arrest a driver they pulled over after determining that he had an outstanding warrant against him, he returned to his vehicle and drove away, reported by CBS Minnesota. One of the officers then fired at the vehicle, fatally hitting the driver.

Following the incident, dozens of protesters began to gather at the scene of the shooting, surrounding the Brooklyn Center police headquarters. Police forces used flashbangs and tear gas to disperse the crowd.

The killed driver was identified as Daunte Wright, 20, by a woman, Katie Wright, who told CBS that she was the victim's mother.

The incident took place as white former police officer Derek Chauvin faces a charge of third-degree murder for the killing of George Floyd, a Black man during the fatal arrest in May 2020.