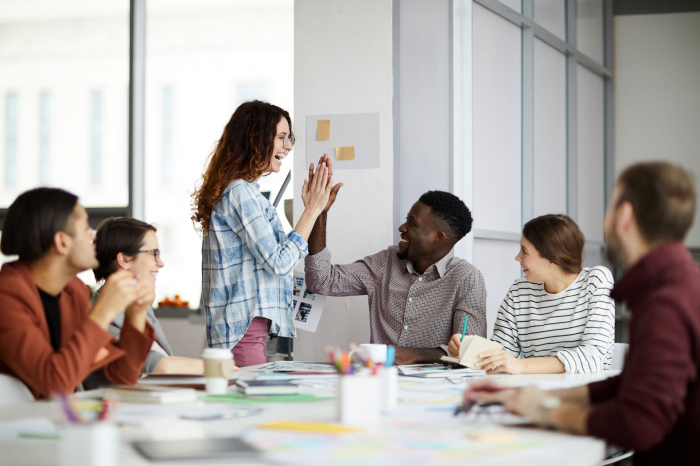 The role of social capital became obvious during the pandemic, which has fallen hardest on those countries and communities with the least amount of mutual trust and solidarity. With many of the crisis-era changes in working arrangements likely to persist, social connections will hold the key to future growth.

The COVID-19 pandemic has damaged the stock of physical and human capital. Firms have postponed or canceled investment projects, and laid-off or furloughed workers’ skills have deteriorated. The crisis, however, has boosted the oft-overlooked variable of social capital, elevating its role as a key source of economic growth.

Popularized in the 1990s by Harvard University political scientist Robert Putnam, social capital refers to “the features of social organizations, such as networks, norms, and trust that facilitate action and cooperation for mutual benefit.” A somewhat nebulous concept, it comprises the shared values, behavioral conventions, and sources of mutual trust and common identity that allow a society to function. The more social capital a group has, the greater its willingness and ability to act collectively in pursuit of valuable objectives.

In other words, social capital is the glue that holds communities and nations together. Under the right conditions, repeated and mutually beneficial social interactions lead to faster economic growth, better health outcomes, and greater stability.

In the case of the pandemic, social capital provided the first line of defense against the virus when vaccines and effective medical treatments had not yet become available. Here, individuals taking steps to prevent contagion provided a public good. Each conscious act aimed at reducing exposure to the virus lowered the probability of infection for the rest of the community. In the jargon of economists, those who reduced their mobility and social interactions internalized a negative externality that they otherwise would have imposed on society.

A sense of attachment to a larger group induces people to tolerate the high individual costs of cautious behaviors. A large and growing body of academic research has shown that spontaneous social distancing is more likely in places with better-developed civic cultures. For example, a European cross-country comparison found that “a one standard deviation increase in social capital [led] to between 14% and 40% fewer COVID-19 cases per capita accumulated from mid-March until end of June [2020], as well as between 7% and 16% fewer excess deaths.”

Moreover, places with high social capital tend to be more economically vibrant and civic-minded than places where people are isolated. Not surprisingly, in the early stages of the pandemic, the virus spread more rapidly in densely populated cities like Paris, New York, London, and Milan, because nobody realized what was coming. But as soon as the need for behavioral changes became apparent, inhabitants in more civic-minded areas adopted social distancing measures even before formal restrictions were imposed, and they were more responsive to subsequent state directives.

Social capital also played a key role in powering economies through months of lockdowns and remote working. While digital technologies helped people to stay connected, it was social capital that kept those connections alive. Employees working from home remained productive because they had built up a sense of reciprocal trust, shared identity, and common purpose with their colleagues. And on that basis, many were able to develop entirely new (digital) working relationships.

In most cases, companies ended up expanding their internal social capital during the pandemic. Having partly lost their ability to control their workers directly, they ended up empowering them. With more flexibility to manage their time and lives outside of work, many employees could take on even more responsibility and deliver higher-quality output. According to a cross-country survey by the Boston Consulting Group, 75% of employees maintained or increased their productivity despite the pandemic restrictions.

In today’s hybrid workplace, social capital is clearly one of the most important factors behind such results. Unlike its physical counterpart (factories, equipment, and so on), social capital does not deteriorate with use – just the opposite. But like any other form of capital, it needs to be maintained and upgraded, and this will be especially true in the post-pandemic phase.

In normal circumstances, our connections and relationships evolve and expand over time. Yet without appropriate measures to reactivate and reopen social networks, months of lockdowns and restrictions could exhaust some relationships or result in group segregation. Owing to what Putnam calls “bonding social capital,” people might become so attached to a specific group that they succumb to clannishness or tribalism. Indeed, populism and nationalism are social capital’s degenerate forms, and they have been resurgent in some places during the pandemic.

Governments and corporations thus should try to build more “bridging social capital,” by leveraging the sense of responsibility, solidarity, and altruism developed during the COVID-19 crisis. This form of social capital links people across different groups, and will be necessary to prevent the next pandemic and to combat climate change. But civic mindedness alone will not be enough. Individuals will need to be convinced to internalize the negative externalities of their actions.

With that goal in mind, governments should extend more autonomy to citizens, positioning themselves less as controllers and regulators and more as catalysts and facilitators. And corporations, for their part, should look for ways to foster a culture of reciprocal trust, invest more in the digital transition, and explore new ways to organize work.

Viewed in these terms, COVID-19 could leave a positive legacy: a firmer base of social capital to underpin the responsibility and altruism that the world will need as it faces the challenges ahead.

Edoardo Campanella, an economist at UniCredit Bank, is a fellow at the Center for the Governance of Change at IE University in Madrid, and co-author (with Marta Dassù) of Anglo Nostalgia: The Politics of Emotion in a Fractured West.