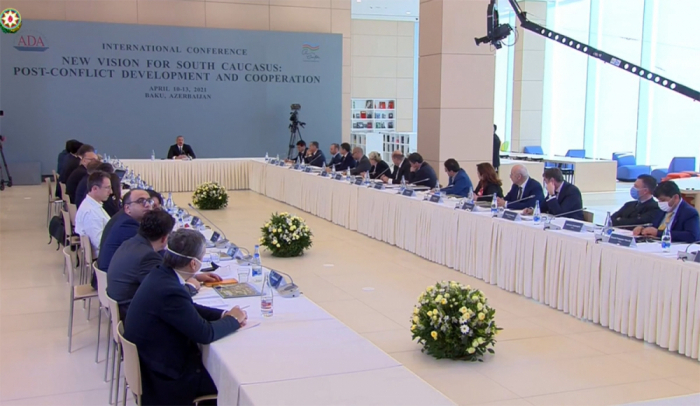 The destructions on the territories that we have liberated are beyond our worst expectations, Azerbaijani President Ilham Aliyev said during his speech at the ‘A New Look at the South Caucasus: Post-Conflict Development and Cooperation’ conference at ADA University in Baku on April 13, 2021, AzVision.az reports.

“The destructions on the territories that we have liberated are beyond our worst expectations, because we more or less knew what the Armenians have done to our cities and villages because there were some video footage, some information from some international reps who visited these lands,” the head of state said.