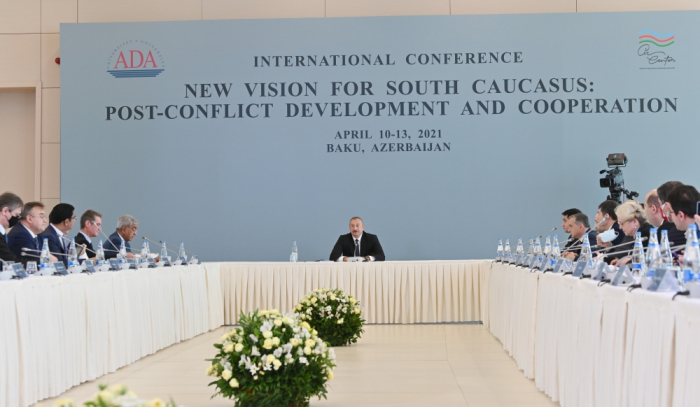 The regime in Armenia did not want foreigners to witness the destruction of our lands and hatred against Azerbaijanis as most of them were committed following the end of the First Karabakh War, President Ilham Aliyev said during his speech at the ‘A New Look at the South Caucasus: Post-Conflict Development and Cooperation’ conference at ADA University in Baku on April 13, 2021, AzVision.az reports.

"It is impossible to destroy the villages during the war. They did it on purpose to eradicate the heritage of Azerbaijani culture and these territories from our memory and to change the origin of these lands", Ilham Aliyev noted.

President Ilham Aliyev also highlighted the liberation of the occupied territories adding that we see the consequences of the Armenian occupation, their actions against our historical lands and religious monuments.