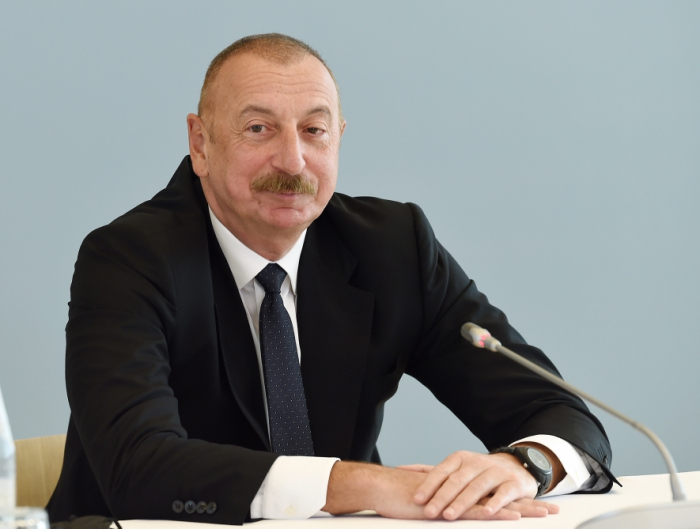 Azerbaijani President Ilham Aliyev expressed gratitude to the people of Pakistan for the support since the first days of the second Nagorno-Karabakh war in his speech at the ‘A New Look at the South Caucasus: Post-Conflict Development and Cooperation’ conference at ADA University in Baku on April 13, 2021, AzVision.az reports.

President Ilham Aliyev highlighted that Pakistan is one of the few countries that does not build diplomatic relations with Armenia due to its aggressive policy calling it is a true sign of brotherhood.

"As you know, Turkish and Pakistani flags were waved in many places in Azerbaijani cities during the war. It was the sign of the friendship relations among our people", Aliyev added.