Biden to withdraw all US troops from Afghanistan by September 11 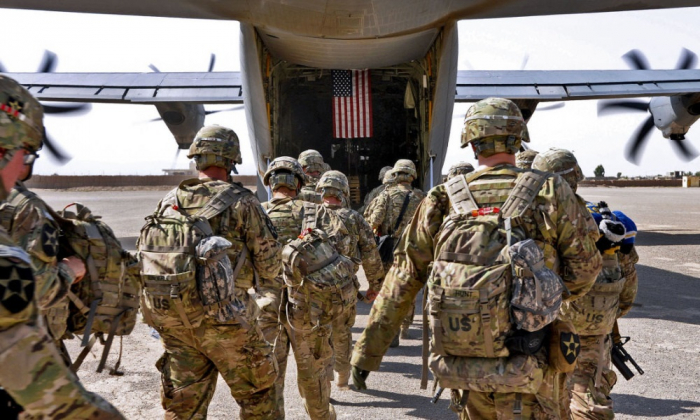 The drawdown delays only by around five months an agreement with the Taliban by former president Donald Trump to withdraw all troops, amid a growing consensus in Washington that little more can be achieved.

Biden, who will make an announcement on Wednesday, has "reached the conclusion that the United States will complete its drawdown -- will remove its forces from Afghanistan -- before September 11," the official told reporters on condition of anonymity.

Biden had earlier mused about keeping a residual force in Afghanistan to strike Al-Qaeda or an emergent Islamic State extremist threat or, like previous presidents, making a withdrawal contingent on progress on the ground or in slow-moving peace talks.

In the end, he decided to do neither and will order a complete withdrawal other than limited US personnel to guard the US installations including the imposing embassy in Kabul.

"The president has judged that a conditions-based approach, which has been the approach of the past two decades, is a recipe for staying in Afghanistan forever," the official said.

Biden "has been consistent in his view that there's not a military solution to Afghanistan, that we have been there for far too long," Press Secretary Jen Psaki said Tuesday, without confirming the withdrawal date.

For Afghans the fighting will likely grind on. The official spoke shortly after US intelligence released a threat assessment report warning that the embattled Afghan government "will struggle" to hold off the "confident" Taliban if the US-led coalition withdraws.

The Trump administration reached a deal with the Taliban in February 2020 under which all US troops would leave by May 2021 in return for the insurgents' promise not to back Al-Qaeda and other extremists -– the original reason for the 2001 invasion.

The Biden official said that the withdrawal would begin in May and that the delay was largely logistic, with troops possibly out of Afghanistan well before September 11.

The official warned the Taliban -- who are observing a truce with US but not Afghan forces -- not to strike coalition forces as they leave.

"We have communicated to the Taliban in no uncertain terms that is they do conduct attacks against US or allied forces as we carry out this drawdown," the official said, "that we will hit back hard."


More about: US   Biden   Afghanistan