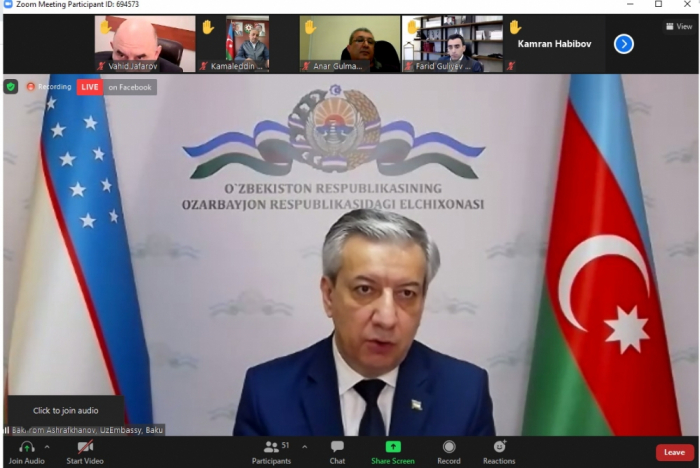 Despite the economic difficulties caused by pandemic, the trade turnover between Azerbaijan and Uzbekistan increased by 13 percent reaching $80 million, Ambassador of Uzbekistan to Azerbaijan Bahrom Ashrafkhanov said as he addressed an Online B2G Forum organized by Caspian Energy Club.

The diplomat mentioned that the trade turnover between the two countries tripled over the past three years.

“Uzbekistan recognizes Azerbaijan as a prospective trade and economic partner in the CIS region and we are ready to enhance this cooperation on a large scale. Currently, there are 195 Azerbaijani enterprises represented in Uzbekistan, 69 of which have joint capital and 126 of them have 100% Azerbaijani capital.”