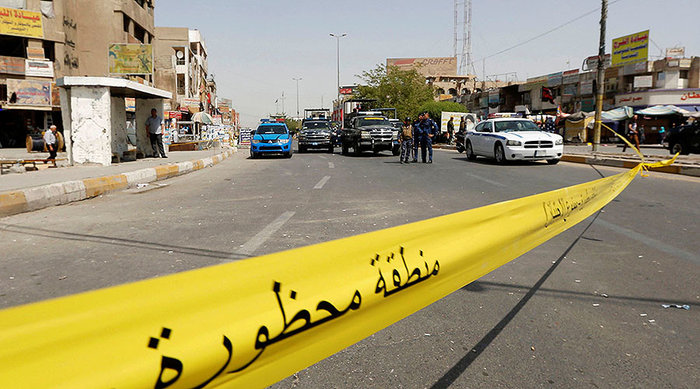 Four people were killed and another 17 wounded in a car bomb attack on Thursday in the sprawling Sadr City district of Baghdad, Iraqi police and medical sources said.

The car was parked at a busy second-hand equipment market in the mainly Shi’ite Muslim district, police said.

An Iraqi military statement said a blast in an eastern Baghdad market killed one civilian, wounded twelve others and set several vehicles on fire.

Black smoke was rising from the market place and ambulances rushed to save the wounded, said Reuters witnesses.

Suicide attacks, once an almost daily occurrence in the Iraqi capital, have halted in recent years since Islamic State fighters were defeated in 2017, part of an overall improvement in security that has brought normal life back to Baghdad.

Thursday’s attack came one day after an explosives-laden drone targeted U.S. forces at Iraq’s Erbil airport in northern Iraq and a separate rocket attack killed a Turkish soldier at a military base nearby.