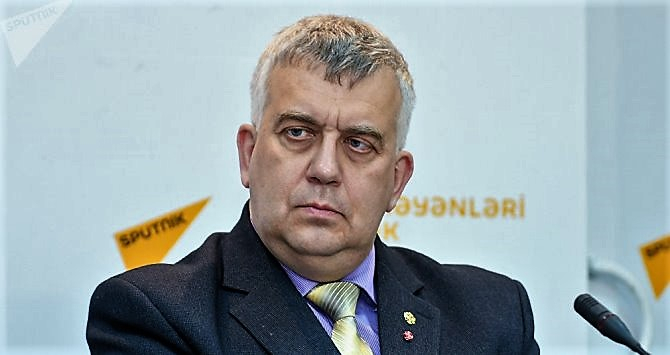 The expositions and museums like the War Trophy Park in Baku are opening in many countries after triumphant victories in wars, so Azerbaijan is in global trend, Russian historian and political analyst, professor Oleg Kuznetsov told reporters, AzVision.az reports citing Trend.

“I understand the reason why Armenian politicians and journalists express their indignation regarding the opening of this park,” he said. “I will not list the museums of military glory located in different countries, which greatly annoys the authorities and the public of other countries which are numerous.”

“Each such museum carries a twofold ideological load: on one hand, it reminds the winners of their triumph while on the other hand, it constantly points out to the defeated about their defeat,” Kuznetsov said.

The historian stressed that today the Armenian propaganda is inventing different tales about the fact that mythical "Karabakh defense troops", rather than the Armenian troops, were defeated in autumn 2020.

"The museum of war trophies in Baku is a vivid reminder of this,” Kuznetsov said. “Armenian politicians and the press do not want to remember the defeat and victims of their aggression against Azerbaijan. It is easier for them to forget this shameful page of their national history.”

“But museums like that one in Baku, is a constant reminder,” he said.

“The Armenians are not grieving about their dead servicemen, who will be forgotten very quickly, they are screaming about the idea of Armenian domination in the South Caucasus destroyed by Azerbaijan,” the historian said. “The newly opened museum in Baku testifies to this.”

“This annoys them most of all,” Kuznetsov said. “As for the talk about the immorality of exposing Armenian military helmets with bullets and shrapnel in this museum, this is the most harmless way to visualize the fact of the defeat of the Armenian troops.”

"Yerevan should remember about the defeat of its troops in autumn 2020 and always keep in mind that such an embarrassment may repeat more than once," Kuznetsov said.