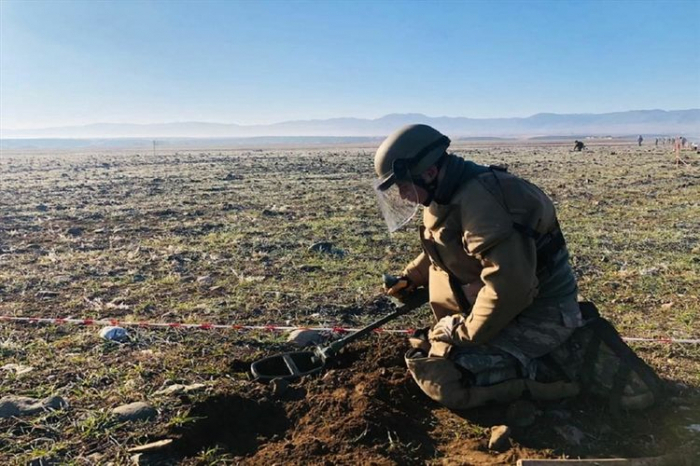 The process of de-mining the territory of the Azerbaijani Aghdam district, previously liberated from Armenian occupation, continues, a source in the Aghdam District Mayor’s Office told reporters.

According to the source, a total of 2,941.41 hectares of land had already been cleared of mines on the territory of the district.

The source also added that 2,190.5 hectares of de-mined land have already been plowed up and wheat has been sown on these lands.