Mosul landmark mosque to be rebuilt by Egyptian architects 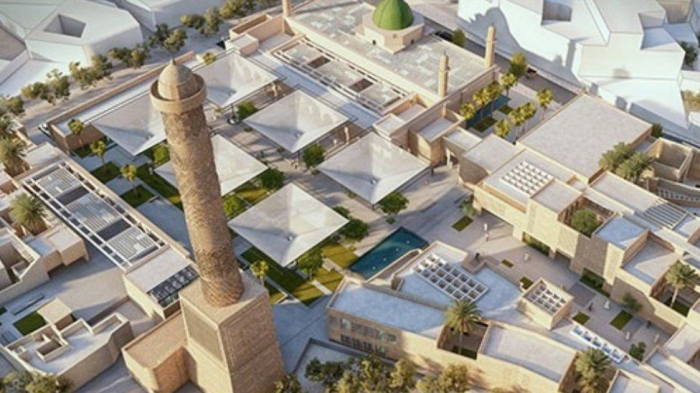 A group of Egyptian architects has won a competition to reconstruct Mosul's Great Mosque of al-Nuri, four years after it was destroyed by Islamic State (IS) militants.

The jihadists blew up the 12-Century mosque in June 2017 as government troops moved to recapture the city.

The rebuilding is part of the UN's Revive the Spirit of Mosul project.

The eight Egyptian architects, and their Courtyards Dialogue design, were chosen from among 123 entries.

The battle for Mosul lasted almost nine months, leaving most of the city ruins. Thousands of civilians were killed and more than 900,000 displaced.

While the prayer hall will look as it did before the destruction, there will be notable changes, including the use of natural light and expanded spaces for women and dignitaries, Unesco said in a statement.

The Great Mosque was named after Nur al-Din Mahmoud Zangi - famous for unifying Muslim forces against Christian Crusaders - who ordered its construction in 1172.

The building was famous for its leaning minaret, nicknamed "al-Hadba" or "the humpback", and had been badly damaged during the Battle of Mosul.

The reconstruction will start later this year.