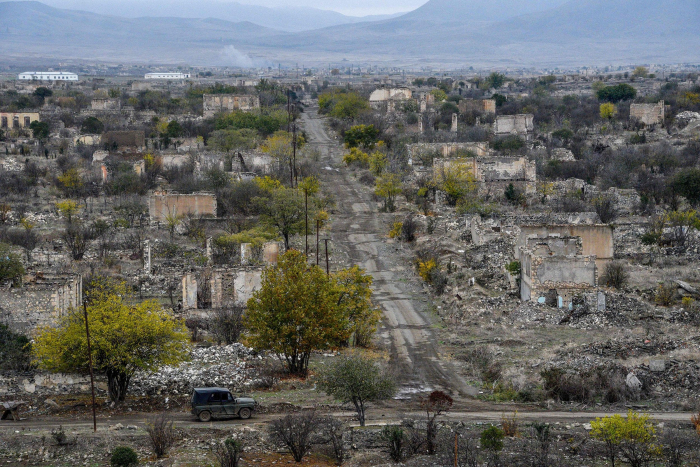 The scale of the destruction in Azerbaijan’s liberated Aghdam district is huge, said Bruno Tertrais, political scientist, deputy director of the French Foundation for Strategic Studies.

The political scientist said what he saw in Aghdam reminded him of the devastation in east of France during the First World War.

Tertrais noted that it will take at least 10-20 years to restore the damage inflicted by Armenians on Karabakh for 30 years.

“I was in Aghdam. What I saw reminded me of the destruction in eastern France during World War I. It will take a long time to restore these 30 years of devastation in Nagorno-Karabakh., The infrastructure must first be rebuilt, and the area cleared of mines for the population to return. It will take ten or even twenty years,” he said.

Tertrais also touched upon France's role in restoring peace in the region. "Today, Azerbaijani-French relations are at a reasonable level. The role of France in establishing peace between Azerbaijan and Armenia depends on Baku and Yerevan. In my opinion, Paris can contribute to this work if both sides are willing,” the political scientist added.