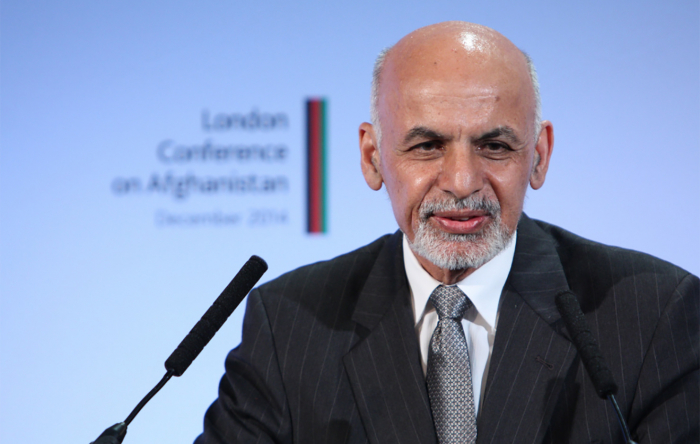 President of the Islamic Republic of Afghanistan Mohammad Ashraf Ghani had a meeting with the Nizami Ganjavi International Center, held in a video conference platform on the Afghan peace process and the decision to withdraw US and NATO troops from Afghanistan, and its effects, as well as regional convergence and connection, Trend reports.

Co-Chairs of the Nizami Ganjavi International Center Madame Vaira Vike-Freiberga and Ismail Serageldin briefed on discussion and importance of the topic.

In addition to the president, over 40 former presidents, Prime Minister, Minister of Foreign Affairs, and heads of international organizations also attended the meeting. President called on a great legacy of Nizami Ganjavi which has more than eight centuries of history and which influenced countries of the region, especially Afghanistan and Azerbaijan, but also it inspired Italian opera in the XVII century.

Nizami Ganjavi International Center in Baku, Azerbaijan under the leadership of Co-Chairs turned to an influential center promoting dialogue, understanding, shared societies, and exchange among civilizations.

The President spoke about the recent decision of the President of the United States to withdraw US troops from Afghanistan by September this year, and said: "We respect this decision and will cooperate in carrying out this process." He added that the decision allayed public concerns about the withdrawal of US troops from Afghanistan and that Afghanistan now has a new narrative, such as the peace process, regional connectivity and cooperation, and transnational networks. There are terrorists and criminal networks.

The president said that cooperation with Afghanistan must continue to manage the crisis caused by terrorism and criminal networks.

"Our people have been deprived of their legitimate right to peace for 42 years now," he said.

The President recalled the achievements of Afghanistan in various fields, especially the provision of women's rights, and said that the participation of Afghan women at all levels has increased and now they represent themselves, have a voice, and express their views on peace.

The President, stating that the roadmap for peace is based on the three pillars of the ceasefire, ensuring lasting and fair peace, and holding elections, said: "For the sake of achieving peace, I am ready to hold early elections before the end of my presidency."

The President called the implementation of large regional projects such as Top, Tapi, Casa One thousand, and Fiber Optics network useful for improving the living conditions of the people of Afghanistan and the countries of the region.

He noted that in past Afghanistan was seen as a landlocked country, but now it is considered a country full of opportunities and the sixth country in Central Asia.

"We are in the process of systematization, our country is moving towards digitalization, and civil networks, women, scholars, and youth are playing a significant role in strengthening the democratic system, and the role of Afghan experts abroad is also important.”

At the end of the meeting, the President answered questions from participants about the peace process, the Istanbul Summit, the role of women in the peace process, regional connectivity, and major infrastructure projects, and focused more on the international community's focus on Afghanistan after the withdrawal.