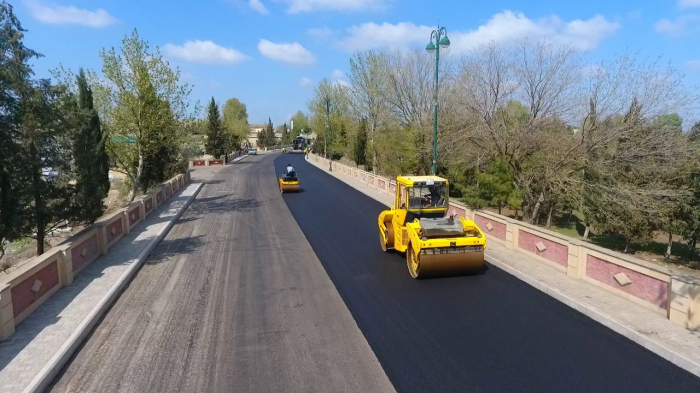 The State Agency of Azerbaijan Automobile Roads is conducting repair work in Tartar district to eliminate heavy damage inflicted by Armenia to the district’s infrastructure during the Second Karabakh War, a source in the agency told reporters on Apr.16.

“During the war, Armenian Armed Forces had been shelling Azerbaijani lands, including Tartar district, from artillery and missile systems. As a result, the district’s road infrastructure was heavily damaged,” reminded the agency.

According to the agency, as a result of the activities of the state commission created by the Azerbaijani President’s relevant decree dated November 6, 2020, in order to assess and eliminate damage, an assessment and preliminary planning of repair and construction work were shortly carried out.

The agency noted that as a result of the Armenian attacks, one national highway and six local roads in the Tartar district were damaged.

Restoration work is underway on a 4.1-kilometer section of the Barda-Istisu national road, including the laying of asphalt concrete pavement.

Then, repair work will begin on the Tartar-Hindarkh highway, as well as on the streets of Tartar city, damaged as a result of heavy missile and artillery shelling, added the agency.

The Second Karabakh War from late Sept. through early Nov.2020 ended with the liberation of Azerbaijan’s territories from Armenian occupation.