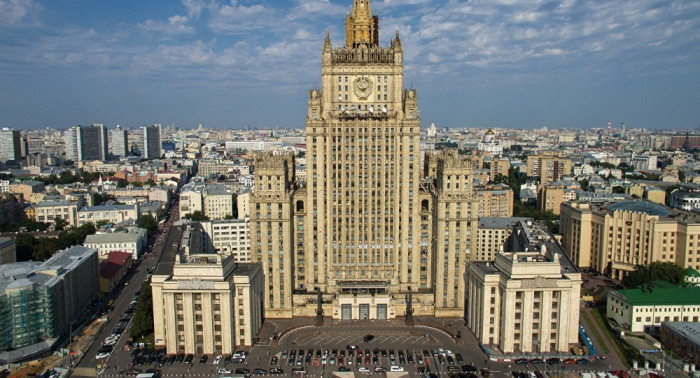 Twenty employees of the Czech embassy in Moscow have been declared personae non grata in response to the expulsion of 18 Russian diplomats from that country, the Russian foreign ministry said on Sunday, AzVision.az reports citing TASS.

"[Czech Ambassador] Vitezslav Pivonka was informed that twenty employees of the Czech embassy in Moscow are declared personae non grata. They are to leave the territory of our country by the end of the day on April 19, 2021," it said. "It was also demanded the Czech side brings the number of locally employed personnel on a par with the number of employees of the similar category in the Russian embassy in the Czech Republic. A corresponding note was handed over to the ambassador."

Czech Prime Minister Andrej Babis and First Deputy Prime Minister Jan Hamacek on Saturday announced the expulsion of 18 employees of the Russian embassy in Prague, who were allegedly "officers of Russian special services."

The move came in the context of the newly leveled circumstance of the 2014 blast at the ammunition depot in the village of Vrbetice. According to reports, "officers of Russia’s military intelligence" were allegedly involved in this incident.