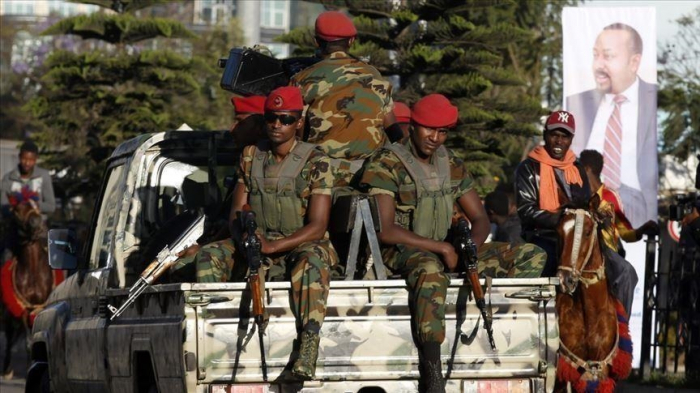 Ethiopia has declared a state of emergency in the southern part of Amhara regional state amid violence in various towns, AzVision.az reports citing Anadolu Agency.

In a statement on Sunday, the Ministry of Defense said the last three days have seen deadly armed violence in Ataye town and several other areas in Oromia special zones.

The statement said an unspecified number of people were killed in days of armed attacks by gunmen in these areas and sizable property was destroyed.

Many civilians fled the armed conflict, the statement said, identifying the perpetrators as anti-peace elements.

It said no armed traffic will be allowed to pass through the road from Debre Sina town in North Shewa to Kombolcha town.

It suggested the involvement in the violence of "government structures" across the troubled central areas of the country that are situated only about 250 kilometers from the capital Addis Ababa.

The areas in question are ones inhabited by Amhara and Oromo ethnic groups. The statement said there are forces working to pit the two ethnic groups against each other.

It said the federal army in collaboration with the people were successfully working to quell violence in several other places across the country.