Can you train yourself to be a morning person if you're a night owl? - iWONDER 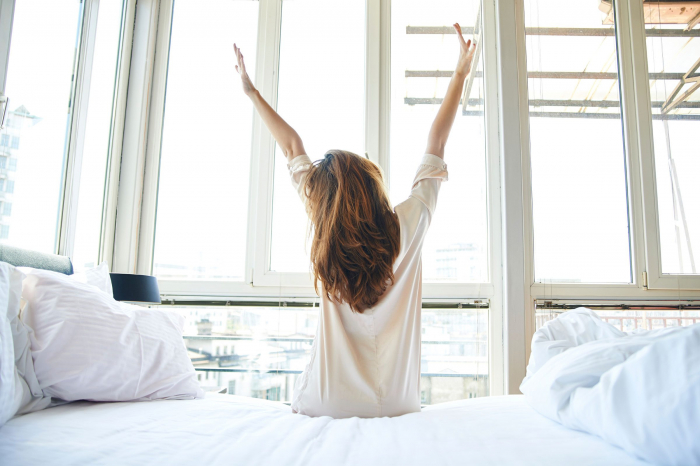 Some people wake up before the sun peeks above the horizon, go for a run and eat a hearty breakfast, all before many others roll out of bed. Waking up that early might sound exhausting to late risers, but can a night owl become an early bird?

It is possible to make the switch, but it's not easy, said Michelle Drerup, director of behavioral sleep medicine at the Cleveland Clinic. "A true night owl doesn't really feel great first thing when they wake up, especially when they're starting to shift this."

A person's tendency to be a night owl, early bird or some place in between is known as their chronotype. Depending on their chronotype, people are likely to be more awake and alert during certain times of the day and sleepier during others.

Chronotype is determined by a combination of nature and nurture, scientists have found. On the nature side, a number of genes are known to play roles in determining whether a person prefers to be awake late at night or early in the morning, Drerup told Live Science.

Hundreds of genes are associated with being a morning person, according to a 2019 study published in the journal Nature Communications. These genes influence a person's circadian rhythm, or their natural sleep-wake cycle, which leads to their chronotype.

Environment also plays a large role. People tend to participate in daily activities that reinforce their chronotype, Drerup said. For example, night owls feel more productive and alert at night, so they tend to exercise and socialize in the evening. These activities are stimulating and reinforce the person's tendency to stay up late.

Because the environment is a factor in determining whether a person is a night owl or a morning person, it is possible to change your sleep-wake cycle. If you want to wake up earlier, make the change gradually. Drerup recommended slowly shifting your wake-up alarm earlier by 15 to 20 minutes every few days over the course of several weeks until you're adjusted to your ideal schedule.

Consistency is key. "This is where, a lot of times, night owls will struggle," Drerup said. "They'll start to adjust as the workweek goes by, and then they stay up late and sleep in on the weekends. It loses that momentum that they started to develop at the end of the workweek."

Limit exposure to light in the hour before bed, such as by staying away from screens, Drerup said. Light blocks the body's production of melatonin, a hormone that regulates circadian rhythm. On the flip side, try to get exposure to light as soon as you wake up, to end melatonin production.

Avoid stimulating activities late in the evening. Instead of exercising at night, try working out in the morning or afternoon. You may also need to shift your meal times to earlier in the day.

If being a night owl works for you, there is no reason to change your sleep schedule. But staying up late becomes an issue when you must wake up early for work and school. This can lead to sleep deprivation, which can seriously harm your health, such as by increasing your risk for high blood pressure and type 2 diabetes.