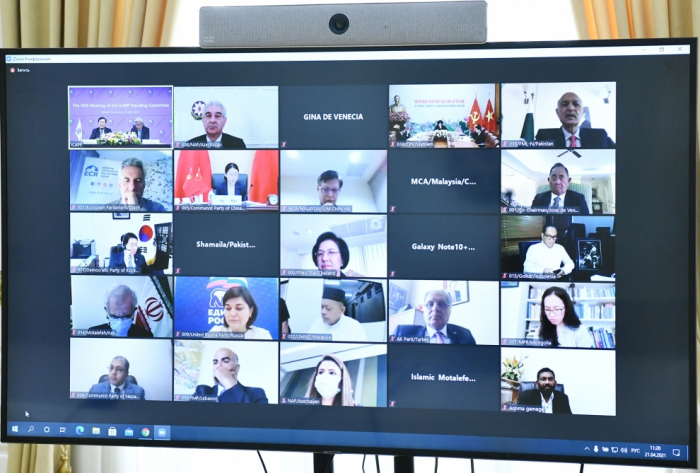 In his opening remarks, Minister of Foreign Affairs of the Republic of Korea, Co-chairman of the ICAPP Standing Committee Chung Eui-yong expressed special gratitude to the New Azerbaijan Party for its active support for ICAPP's activities.

Addressing the event, NAP Deputy Chairman Ali Ahmadov emphasized that as a result of the 44-day war last year, Azerbaijan liberated its territories from the Armenian occupation, adding that new opportunities for peace and cooperation emerged in the region. He also thanked the organization for supporting the NAP’s initiative to hold a special conference on security and cooperation later this year and for including this initiative in the ICAPP’s action program.

Ali Ahmadov highly appreciated the activities of the organization during the pandemic and invited the members of ICAPP to take an active part in the event to be held in Baku.