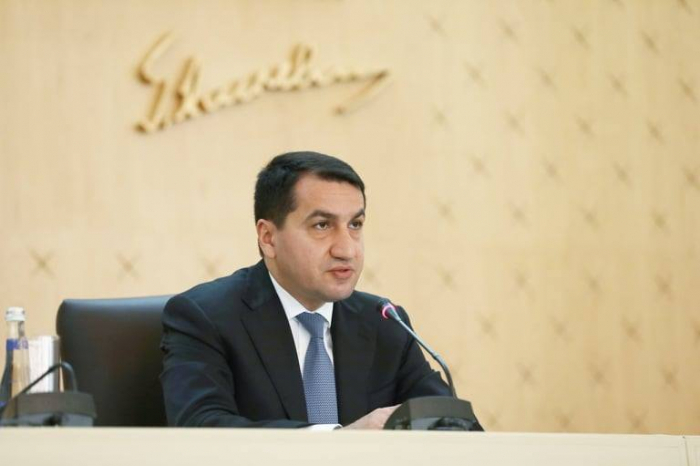 Everyone is aware of Azerbaijan’s resolute and unequivocal position on the so-called and fake Armenian genocide, said Hikmat Hajiyev, Assistant to the President of Azerbaijan, Head of Foreign Policy Affairs Department of the Presidential Administration.

Hajiyev made the statement while commenting on some media reports that the United States will take steps to recognize the so-called Armenian genocide.

“If the new US administration takes such a step, it will be a historic mistake. Azerbaijan has always opposed the attempts to recognize the so-called Armenian genocide. The recognition of the so-called Armenian genocide is a falsification of history. History should be studied by historians. If that happens, Azerbaijan will strongly condemn it,” he noted.

“We would like to hope that the US administration will not make a historic mistake,” the presidential aide added.


More about: Hikmat-Hajiyev   Azerbaijan   US