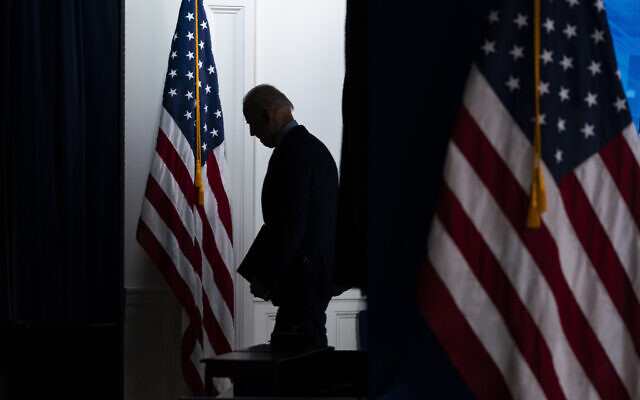 On April 24, the world Armenians will celebrate the next anniversary of the so-called "genocide". U.S. President Joe Biden is expected to formally recognize 'genocide', several sources said on Wednesday.

The move would mean breaking away from decades of carefully calibrated language from the White House and come at a time when Ankara and Washington are already at loggerheads over a string of issues.

It is clear that the claims of the Armenians about the "genocide" - the alleged mass intentional systematic extermination of their ancestors in 1915 have no real basis and facts. There are no credible and authoritative sources supporting these statements. Besides, if such a genocide with the victims of 1.5 million people really happened as the Armenian propaganda claims, in such a long period since 1915, more than one mass grave with dozens, hundreds, thousands of remains would have been discovered. Did all those people disappear after "murder"?

Generally, the issue of the "Armenian genocide" has long been a tool for certain forces with the aim of putting pressure on Turkey. Turkish Foreign Minister Mevlut Cavusoglu earlier this week insisted Turkey wasn’t concerned by any decision that Biden might make, but also suggested that such a move would be met with a harsh reaction.

It is known that until recently these same forces have used the Karabakh map as an instrument of pressure on Azerbaijan. However, an iron fist has ended both the Armenian occupation and the illusions of the anti-Azerbaijani forces.

On the other hand, the naivety of the Armenians, who easily agree that "memory" of their ancestors is played out in the international political arena as an instrument of pressure is startling. If any genocide really happened and if they were adequate people, they would never have allowed the memory of their innocently murdered ancestors to be used as an instrument of political games on the world political arena.In the past, Turkey offered to open its archives to researchers, but Armenia denied the opportunity repeatedly.

The Armenians easily agreed to be a part of this immoral game. First, because the leaders and leaders of the world Armenians are shameless, immoral people, for whom nothing is sacred, and secondly, simply because there is no memory of their ancestors at all. After all, there was no genocide, so what kind of moral principles can we talk about?

Until recently, Turkey was one of the most reliable allies of the United States in the region. However, the blackmail, pressure and political intrigues against Turkey, which started in the United States by certain influential circles led to the fact that the Americans lost the credibility of Turkey.

Unfortunately in the United States, Americans themselves didn’t understand that the policy of pressure on Turkey through "genocide" turned the foreign policy of White House into the direction of interests of the Armenian Diaspora. Putting pressure on its former ally, which the United States lost because of its own policy, the White House pursues a policy that serves to the interests of a small group, a community - the Armenian diaspora of the United States, as well as the state which has absolutely of no importance, weight and authority in the world. Moreover, Armenia is a country that recently suffered a shameful defeat after the 44-day war.

Biden recently expressed sympathy for the topic of recognizing the ‘Armenian genocide’ in response to a journalist’s question; of course, there is pressure from the Armenian diaspora and the lobby in the US. However, Biden’s policy is rather passive even in matters that are allegedly priority for his administration. He has some contradictions with Turkey, such as those over the purchase of the S-400 or the role of Turkey in Syria; on the other hand, the recognition of the genocide is fraught with political consequences, and Biden is simply not ready for them. Thus, if Joe Biden uses the term "genocide" during his address tomorrow, there may be serious changes in the foreign policy of Ankara and Baku, which this time will irrevocably strengthen the view that the United States is not on the way.

We can only hope that Joe Biden's wisdom, who is at the age of becoming wise draws some mental line and rethinks about life will prevail. He will not intend to quarrel with such significant countries as Turkey and Azerbaijan, in favor of Armenia, which has no weight and authority in the world, being unable to conduct an independent foreign policy and protect its own borders.