Coronavirus: Japan declares virus emergency in Tokyo as Olympics near 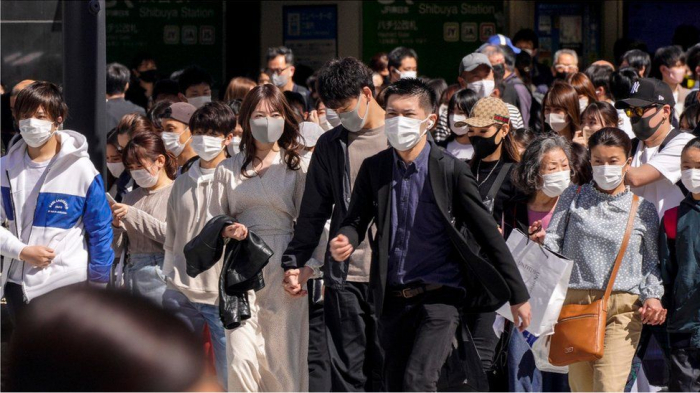 Japan has announced emergency Covid measures in Tokyo and three other areas in a bid to curb rising infections, just three months before the country is set to host the Olympics.

The government said the state of emergency - set to last for about two weeks - would be "short and powerful".

Under the measures, bars will be required to close and big sporting events will be held without spectators.

The government has insisted that the Olympics will go ahead in July.

Prime Minister Yoshihide Suga announced the measures on Friday, saying they would begin on Sunday and remain in place until 11 May. In addition to Tokyo, the prefectures of Osaka, Kyoto and Hyogo will be affected.

It marks the third state of emergency in Japan since the pandemic began.

"I sincerely apologise for causing trouble for many people again," he said. "It is feared that contagion in major cities will spread across the whole country if we take no measures."
Under the rules, major commercial facilities like department stores will close, as well as restaurants, bars, and karaoke parlours serving alcohol.

Restaurants that do not serve alcohol are being told to close early, and companies are being asked to make arrangements for people to work remotely. Schools will remain open.

The emergency measures coincide with the country's "Golden Week" holiday, which runs from late April to the first week of May and is the busiest travel period of the year.

Tokyo Governor Yuriko Koike urged residents to start taking precautions immediately. In an effort to discourage people from going out at night, she said illuminations and neon signs would be turned off.

The coronavirus toll in Japan has been much lower than in many other countries, with about 558,000 cases and fewer than 10,000 deaths, according to figures collated by Johns Hopkins University.

But there are concerns over the latest rise in infections, with reports of hospital bed shortages in some areas.

Tokyo 2020 president Seiko Hashimoto said at a news conference on Friday that organisers were not considering cancelling the event.

"I hope the coronavirus situation improves with the countermeasures the government, Tokyo, and other regional governments have put into place," she said.

"We, as Tokyo 2020, continue to wish for the swift return to normalcy and will continue to work closely with the relevant parties to make sure a safe and secure Olympics can happen."