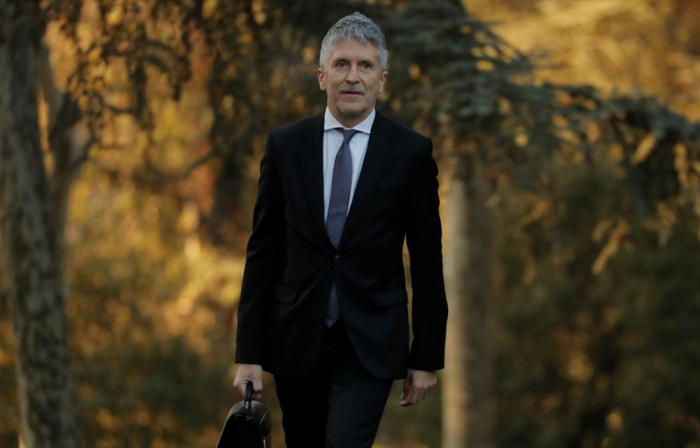 Anonymous death threat letters with bullets enclosed in the envelopes have been sent to two of Spain's top security officials and the leader of the hard-left Unidas Podemos party, officials said on Friday, adding police are investigating, Reuters reported.

Interior Minister Fernando Grande-Marlaska and Pablo Iglesias of Unidas Podemos received the threats on Thursday, while a similar letter was delivered to Maria Gamez, head of the Guardia Civil police force, the previous day, an Interior Ministry spokesman said.

"Your wife, your parents and you are sentenced to capital punishment, your time is running out," said the letter to Iglesias, a former deputy prime minister. He posted a picture of the letter on Twitter along with a picture of four bullets that he said had come in the envelope.


Grande-Marlaska told reporters police had started an investigation to identify the authors of the threats.

Politicians from the ruling coalition, including Prime Minister Pedro Sanchez, and from the main parties expressed solidarity with Iglesias and Grande-Marlaska.

Iglesias has emerged as one of Spain's main political leaders. Unidas Podemos allied with centre-left Socialist Party last year to form the first coalition government since Spain returned to democracy in the 1970s.

Iglesias was social rights minister and deputy prime minister until March, when he quit to run in regional elections in Madrid, scheduled for May 4.


Far-right Vox party's candidate for those elections, Rocio Monasterio, said she condemned all violence, though she said she believed little of what Iglesias ever says.

Iglesias and Monasterio traded barbs during a radio debate on Friday, resulting in Iglesias leaving the set while on the air.