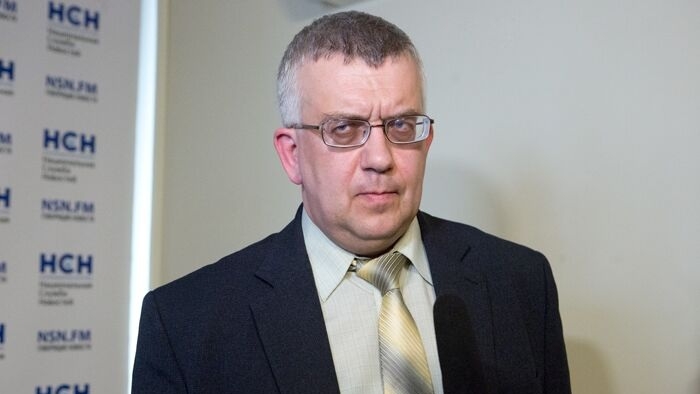 A Russian historian has said "Armenians know that it is not possible to verify the validity of this propaganda term (genocide) with historical and legal documents", stressing that the claims of the 1915 events are fictional.

Oleg Kuznetsov, who is the author of History of Transnational Armenian Terror in the 20th Century, and authored about 170 scientific studies, reminded that the Armenian gangs continued their activities against the Ottoman Empire during this period.

He underlined that it is a fantasy to say that the Ottoman actions against the Armenians in 1915 were extraordinary.

He pointed out that various measures were taken for the security of the army in the countries participating in World War I, exemplifying that the Germans and Jews were exiled in the Russian Tsarism.

"All these were done to prevent (those groups) from taking the side of the enemy and to ensure the security of the army. This is a part of military politics," he said.

Stressing that Armenians wrote many theses in Russian schools and that those theses could not confirm that the genocide took place, he said: "Armenians know it is not possible to verify the validity of this propaganda term (genocide) with historical and legal documents.

"Therefore, the so-called Armenian genocide claims are nothing but fiction," he added.

'Russia has always been behind Armenian terror'

Pointing out that terrorism is the ideology of Armenian nationalism, Kuznetsov said, "The essence of the Armenian state is terrorism. Armenians carried terrorism into state politics."

Reminding that the Armenian revolutionary Dashnak Party was founded in Tbilisi in 1890, he said, "Russia was always behind the Armenian terror."

He noted that Armenians had no other solution to solve the difference of opinion among the political parties in their country than terrorism.

He pointed out that claiming the events of 1915 as genocide is a product of geopolitical games, he said the Soviet Union aimed to influence Turkey and NATO's southern flank by using Armenians.

"The Soviet Union, using the spirit of nationalism of its small nations, kept Central Asia and the Middle East region in the constant military and political tension and tried to prevent NATO from using these regions as military bases," he said.

He stressed that genocide allegations were put forward after Turkey became a member of NATO in 1952.

Noting that the central committee of the Communist Party of Armenia took a decision in 1962 to commemorate the 50th anniversary of the so-called genocide, he said: "From this moment on, the propaganda about the Armenian genocide started."

Turkey objects to the presentation of the incidents as "genocide," describing them as a tragedy in which both sides suffered casualties.