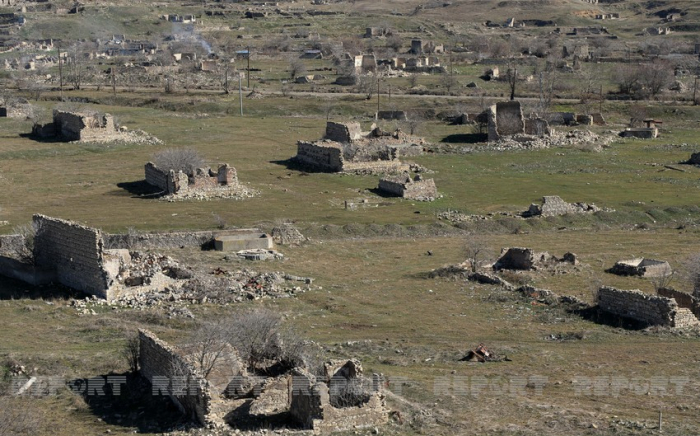 April 18th is widely celebrated as the International Day for Monuments and Sites every year. Established by the International Council on Monuments and Sites (ICOMOS) and adopted by the 22nd UNESCO General Conference in 1983, the day aims at increasing inclusion and diversity while conserving monuments, ancestral sites and indigenous domains in line with the Venice Charter.

On March 30th, the International Criminal Court awarded a symbolic €1 to Mali and UNESCO for the damage suffered by the Malian people as a result of the destruction of Timbuktu’s cultural heritage in 2012. The Hague-based Court had sentenced a Malian jihadist for the destruction of the UNESCO-listed site back in 2016 in a historic decision, which condemned attacking a nation’s historic and cultural heritage as a war crime for the first time.

But there will be hardly any justice, even symbolic, for the destruction of the Buddha statues of Bamiyan in Afghanistan or the ancient Roman sites in Syria. Not so long ago, the world was appalled by the news that the 2,000-year-old Greco-Roman monuments in Palmyra were brought to ruin by ISIS. The images of the explosion of the Temple of Baalshamin and the Temple of Baal, two of the historical sites’ most important buildings, shocked the conscience of humanity.

The destruction of cultural and religious monuments in occupied territories is regarded as a war crime under international law. The Hague Convention of 1954 obligates occupying forces to respect and preserve cultural property while preventing the theft of property in the event of an armed conflict. According to the World Heritage Convention, “deterioration or disappearance of any item of the cultural or natural heritage constitutes a harmful impoverishment of the heritage of all the nations of the world” – however, cultural heritage continues to be in danger around the world and the international community is not doing enough to stop this.

This was once again brought to the international community’s attention by the Foreign Ministry of Azerbaijan on April 19th, which expressed “grave concern over the destruction of its cultural heritage on territories liberated from Armenia’s occupation in a 44-day war in autumn 2020”. Following heavy fighting that erupted in late September last year, the trilateral ceasefire signed among Azerbaijan, Armenia and Russia on November 10th, 2020 put a significant part of Nagorno-Karabakh back under Azerbaijan’s control. Since the ceasefire, the negative effects of the 30-year Armenian occupation started to be brought to daylight.

According to the Azerbaijani Foreign Ministry, "almost all historical, cultural and religious monuments were completely destroyed during the period of occupation. As of today, the Ministry of Culture of Azerbaijan has identified more than 400 monuments that have been destroyed in the liberated territories. The total number of monuments in these territories is up to 3,000. Cultural and religious property belonging to Azerbaijan has been looted, desecrated, altered and illegally exported to Armenia. Twenty-two museums and museum branches with over 100,000 artefacts on the liberated territories have been destroyed."

Western observers echoed this condemnation. Emmanuel Dupuy, President of the Paris-based L’Institut Prospective et Sécurité en Europe, noted that the full scale of Armenia’s occupation on cultural sites, in breach of UN resolutions, is only now being realised. “Over decades, Azerbaijani cultural artefacts in Karabakh have been systematically vandalised, misappropriated and destroyed,” he said. “Cemeteries have been demolished, sacred sites desecrated, and other cultural artifacts have been ransacked or left to crumble.”

During a visit by the Head of the UN General Assembly on April 10th in Baku, Azerbaijani President Ilham Aliyev urged international organisations, especially UNESCO, to visit the region and to witness the destruction of Azerbaijani historical, religious and cultural monuments by Armenia. “Armenian brutality and vandalism are obvious in the liberated lands,” Aliyev added.

Although being internationally recognised as part of Azerbaijan, Nagorno-Karabakh and its seven adjoining provinces were occupied by Armenia for 30 years. Following the first Nagorno-Karabakh war in the 1990s, the Azerbaijani side had claimed that the Azerbaijani heritage, such as mosques, monuments, museums, art galleries, libraries, music schools and theatres were neglected and even destroyed under the Armenian occupation. This was especially the case in the town of Aghdam, which was described by the British writer George Mitchell as “a ghost town” and the “Hiroshima of the Caucasus”. “Aghdam is perhaps the saddest and most striking example,” said Dupuy. “A once lively Azerbaijani town, it was entirely destroyed by Armenia in 1993, and left in desolation.”

For 30 years, Azerbaijan’s repeated calls for a fact-finding mission to evaluate cultural destruction in Nagorno-Karabakh remained unanswered by UNESCO or other international organisations. It is questionable that such a mission would be deployed now despite recent announcements regarding the country’s “readiness to accept an international mission to assess the damage caused to cultural and religious monuments in the liberated territories of Azerbaijan”.

One can only hope that the fate of Nagorno-Karabakh will not resemble those of Timbuktu, Bamiyan or Palmyra.

Phillipe Jeune is a Paris-based freelance journalist, and an occasional contributor to EU Today. He has a background in intelligence gathering, and he specialises in business and political matters, with a particular interest in Central Asia, the Middle East, and the Americas.