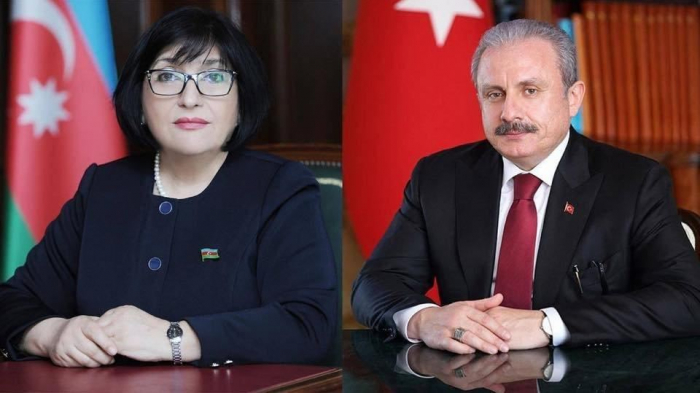 Speaker of the Azerbaijani Parliament Sahiba Gafarova had a telephone conversation with Chairman of the Grand National Assembly of Turkey Mustafa Sentop, the parliament’s press service told AzVision.az

The phone talk took place on the initiative of the Azerbaijani side.

The speakers of the fraternal countries jointly deplored the statement by US President Joseph Biden regarding recognition of the so-called ‘Armenian genocide’.

Gafarova described that statement as a historical mistake, an unacceptable move liable to dash the recently emerging hopes of peace and comprehensive co-operation amongst the countries of the region.

Politicizing of history is an extremely hazardous trend, Gafarova remarked before emphasizing that Azerbaijan was invariably supportive of fraternal Turkey.

Sentop thanked Gafarova for her stance and support. The step taken by the US Administration is a grave mistake which Sentop said he hoped would be corrected soon.

Towards the end of their conversation the speakers exchanged opinions about the current cooperation and interparliamentary relations between Azerbaijan and Turkey.