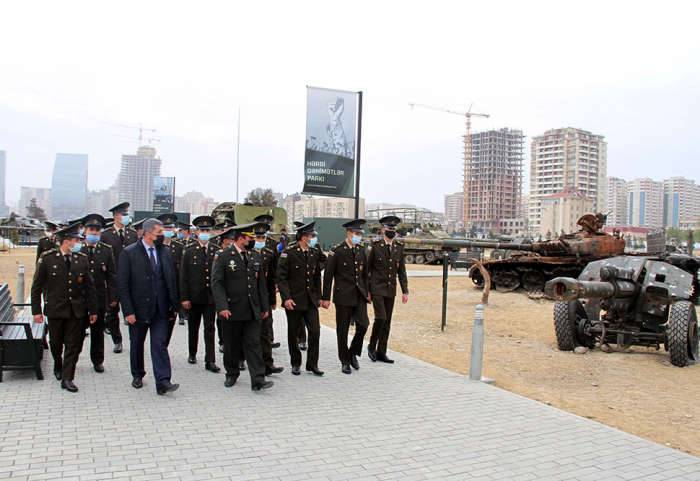 A visit to the Military Trophy Park was organized for the cadets of the Military Academy named after Heydar Aliyev to inculcate a sense of patriotism in the military personnel of the Azerbaijan Army and educate the youth in a patriotic spirit, the Defense Ministry told AzVision.az.

The cadets got acquainted with the military vehicles and ammunition seized from the enemy as trophies during the 44-day war.

At the end, a photo was taken in front of a billboard with the slogan "Karabakh is Azerbaijan!", made from the license plates of more than two thousand vehicles seized as trophies in the liberated territories. 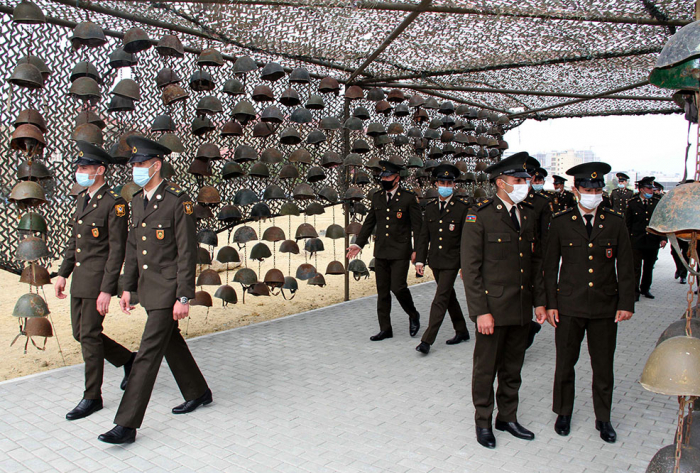 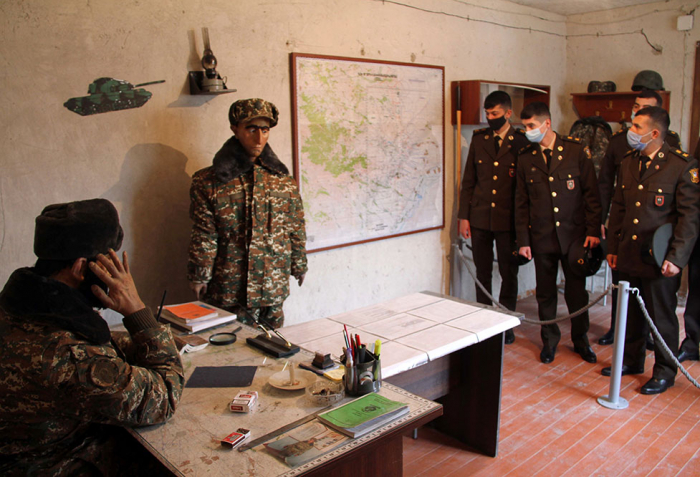 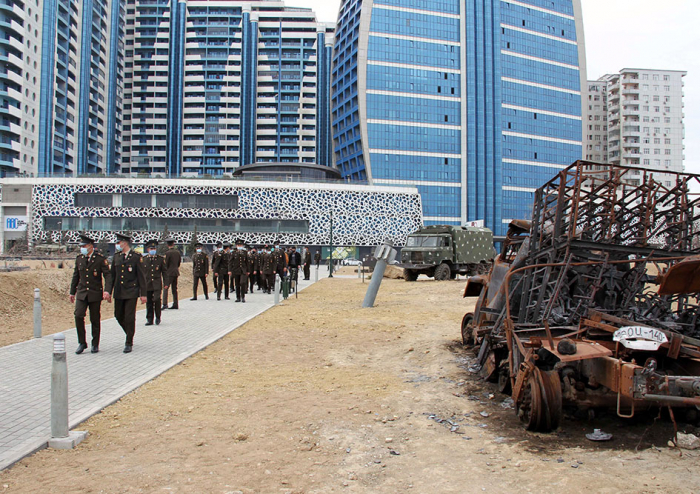