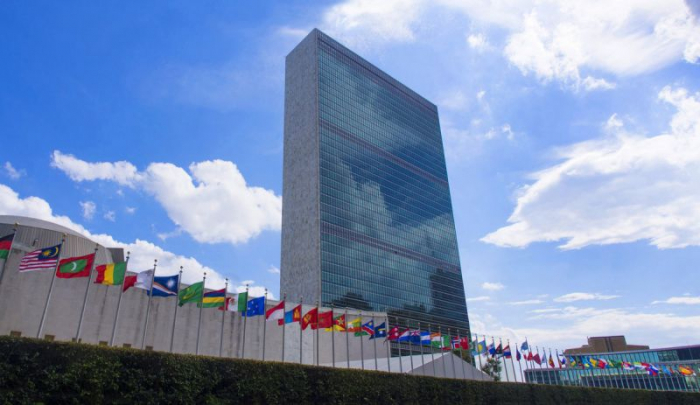 Azerbaijan’s Permanent Representative to the UN made a speech at the debate, AzVision.az reports.

The Azerbaijani diplomat said the protection of civilians from direct attacks is one of the main goals of the international humanitarian law regime, and there are numerous prohibitions on actions that undermine this goal.

Aliyev stressed the importance of taking protective measures both against civilians and civilian objects.

He said Azerbaijan is one of the countries that have suffered severely from the devastating consequences of the conflict.

The permanent representative pointed out that during the conflict [Armenia-Azerbaijan Nagorno-Karabakh], Armenia had repeatedly violated the ban on attacks on the civilian population, which cause disproportionate damage to civilians and civilian objects.

“The war claimed the lives of tens of thousands of people, and more than 700,000 Azerbaijanis were subjected to ethnic cleansing in the occupied territories. Most of the occupied cities and villages were razed to the ground. The international community described devastating blows inflicted on the environment by Armenia as a form of environmental aggression,” he said.

The diplomat also noted that another act of aggression committed by Armenia in late September 2020 and the ensuing hostilities have caused numerous casualties among the civilian population of Azerbaijan, and civilian infrastructure in several major Azerbaijani cities located far from the conflict zone was severely damaged.

The permanent representative underlined the unprecedented scale of destruction, vandalism and looting in the liberated Azerbaijan lands is shocking.

“Most of these areas have literally become ghost towns and villages, and civilian infrastructure was destroyed and looted. Moreover, the retreating Armenian forces and illegal settlers, who left these lands, demolished and burned down houses, schools and other civilian infrastructure, cut power cables and poles, destroyed gas stations. They cut down trees and set fire to forests,” he added.