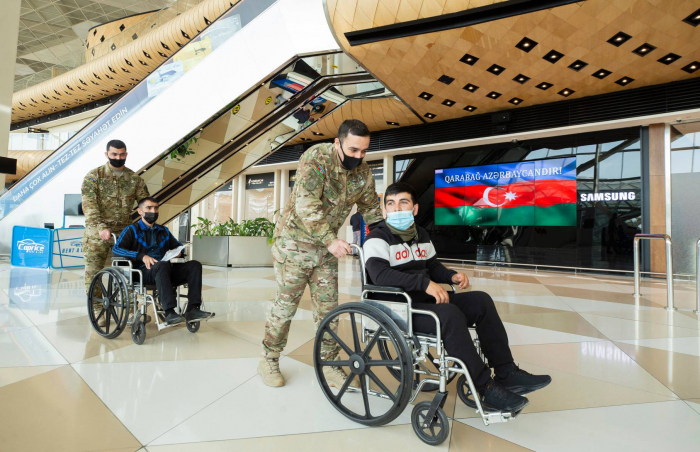 As many as 76 Azerbaijani servicemen, severely wounded in the 44-day Patriotic War from late September to early November 2020, have been sent to Turkey for treatment, Head of the YASHAT Foundation, Karabakh war veteran Elvin Huseynov said, AzVision.az reports.

He noted that nine of the servicemen have already returned home after being treated in Turkey.

On 8 December 2020, President Ilham Aliyev signed an order on the establishment of the YASHAT Foundation in order to support the war-wounded and families of martyrs who protected the territorial integrity of the Republic of Azerbaijan.