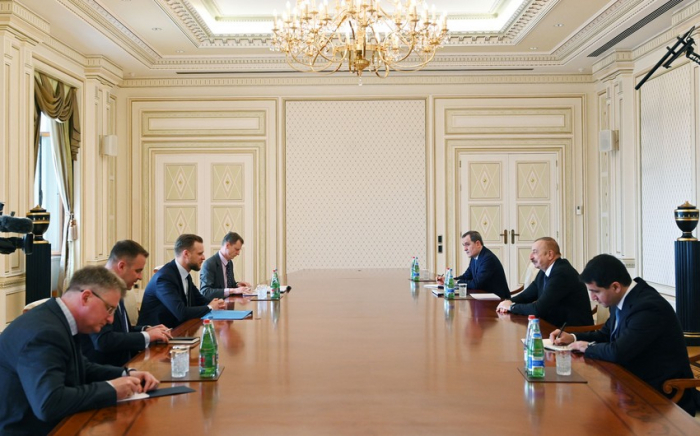 The sides discussed the Azerbaijan-Lithuania bilateral relations and the issues of regional security. The head of state highlighted the occupation of Azerbaijani lands by Armenia for nearly 30 years and affirmed the country’s position on the situation during the post-war period.