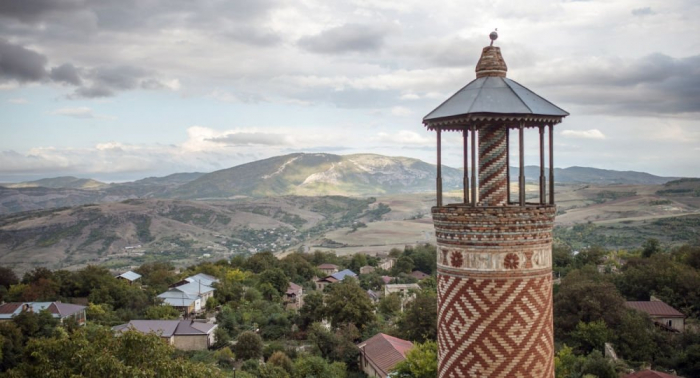 Russian Izvestia newspaper has published an article about the territories of Azerbaijan, previously liberated from Armenian occupation.

“Fuzuli is located in the south of Azerbaijan, a five-hour drive from Baku. The road to the city - or rather, to what was left of it during the two Karabakh wars - runs along the border with Iran. The phone periodically connects to Iranian 'Irancell' operator, but in most of the liberated district its Azerbaijani operators,” the article reads.

“This is the first thing that is conspicuous: only six months have passed since the November 10 trilateral agreement was signed, but all these territories already have a good mobile signal. Along the road, there are new power lines and cell towers in these areas,” the article said.

The first thing after the liberation, the country's authorities launched active electrification and digitalization of the territories, Izvestia says.

According to the newspaper, the main rule when entering these areas is keeping movement only on the road, as there are still a lot of uncleared mines,

"Over the past six months, over 50 civilians have been blown up on this road. The last case was quite recently - at the end of April,” the article added.

As Azerbaijani Foreign Ministry told Izvestia, the country proposed to Armenia to provide a map of minefields and thus accelerate the restoration of peaceful life in this territory.

“But Yerevan does not provide it, therefore we are clearing all mines on our own and with the help of our partners,” the MFA noted.