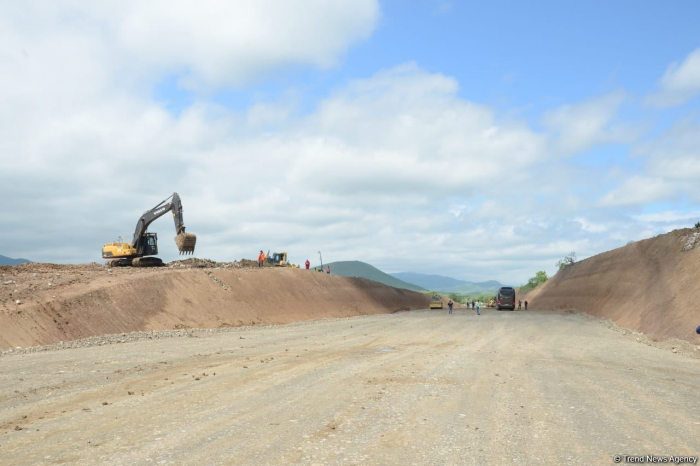 The project, connected with the Fuzuli-Shusha highway, includes the construction of a two-kilometre road to the legendary “Isa Spring” (Isa Bulagi) in Azerbaijan’s Shusha city in accordance with the second technical category, Anar Najafli, head of the PR department of the Azerbaijan State Agency of Automobile Roads said on May 6.

“The two-lane road to "Isa Spring" will start from about 82 kilometres of the new Fuzuli-Shusha highway,” Najafli added.

Armenian Armed Forces launched a large-scale military attack on positions of the Azerbaijani army on the front line, using large-calibre weapons, mortars, and artillery on Sept. 27. Azerbaijan responded with a counter-offensive along the entire front.

The conflict between the two South Caucasus countries began in 1988 when Armenia made territorial claims against Azerbaijan. As a result of the ensuing war, the Armenian Armed Forces occupied 20 per cent of Azerbaijan, including the Nagorno-Karabakh region and seven surrounding districts. The 1994 ceasefire agreement was followed by peace negotiations.