How 'optimism bias' forms our choices and futures - iWONDER 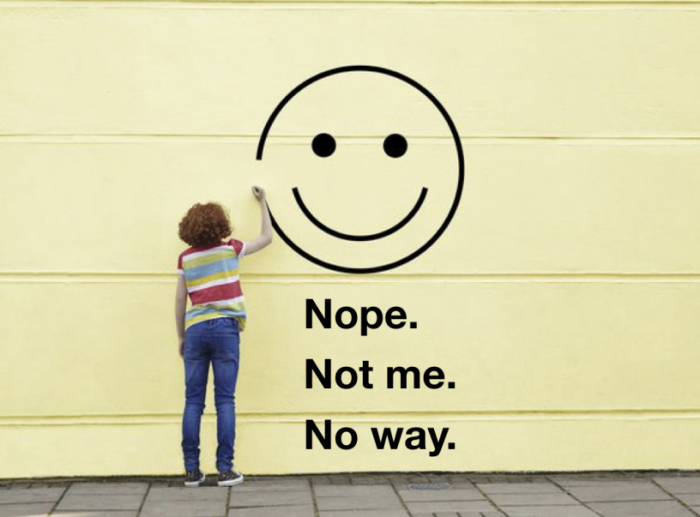 Too much optimism can derail projects and even put your health at risk, say experts – but the right amount can propel you bravely toward success.

Gina Vangeli’s life hasn’t been easy. As a child, she was bullied; as an adult, she faced abuse, along with the breakdown of two marriages and recurring health problems – including being hit by a truck in 2016. Last year, Covid-19 wiped out the 52-year-old’s livelihood as a pastry chef.

To make ends meet, the single mother of four in Melbourne, Australia, has been volunteering at a food bank in exchange for food parcels and also selling second-hand furniture. She stayed productive during the long months of lockdown by writing a book, taking courses and rejigging her pastry business to include an online component.

“I saw the pandemic as a new chapter in my life,” she says. “It wasn’t a bad chapter. And it will be over soon. Right now, I’m honestly pretty excited about the future and where my business is going. The kids are older, and I feel that my time is going to be a bit more freed up.”

By her own admission, Vangeli looks on the bright side of life. She tends to overestimate the likelihood of positive events happening to her and subsequently underestimate potentially negative ones. This is known as ‘optimism bias', something that 80% of the global population possess to some degree.

Thinking positively is an evolutionary hallmark because it facilitates envisioning what is possible, allowing us to be courageous and innovative. Levels of optimism bias vary according to our mental state and current circumstances, and there are ways to temper or increase it. That’s good because a surfeit of optimism can lead to underestimating risk. Understanding where you sit on the optimism spectrum can help you adjust for your bias – and maybe even make better choices.

‘Resistant in the face of reality’

At the root of optimism bias are two assumptions: first, that we possess more positive traits than the average person; second, that we have some kind of control over the world around us. “Without [optimism bias], the human species would not have progressed,” says Shelley Laslett, CEO of Sydney-based Vitae.Coach, which uses neuroscience and technology as a business-coaching tool.

Laslett credits optimism bias as the trait that allows us to try new, potentially difficult things because it provides us with a certain amount of confidence that doing so will go well. It also stops us from worrying over uncertainties, such as the future.

What is most surprising about this bias, says Tali Sharot, a professor of cognitive neuroscience at University College London, is that it is “resistant in the face of reality”. Despite unexpected negative events happening to us – or seeing them on the news – it is the positive events that tend to leave the biggest impression on our belief systems. We simply “learn better” from good things happening around us, which perpetuates the bias. Bad things tend to be given less credence, and some people ignore them altogether.

An overabundance of optimism, however, can lead to an inadequate assessment of potential hazards. A common example is planners underestimating budgets and timeframes. It could also mean failing to take out insurance, or not wearing a helmet while cycling – or maybe even catching Covid-19 through complacency.

“People with optimism bias think, ‘I'll do the right thing by taking precautions, and therefore I'm less likely to get Covid-19 than others’,” explains Sharot, who has written multiple books on optimism. “They may also believe they are healthier than the average person or have genes that make them more resistant.”

Optimism bias occurs with equal prevalence across the global population, but culture plays a role by influencing how optimistic or pessimistic people consider themselves. In cultures in which optimism is considered a good thing, such as the US and Australia, people are more likely to self-identify as optimists, explains Sharot. “In cultures such as France, and to some degree the UK, they are more likely to say they are a realist or even a pessimist. But the tests prove they actually have an optimism bias.”

Only 10% of people are considered bias-free – yet one in two people with optimism bias believe themselves to be bias-free. Another 10% have pessimism bias, with lawyers often found among this group. “It's unclear if it's because more pessimistic people decide to become lawyers, or whether being trained to look for the worst-case scenario reduces optimism,” says Sharot.

Age has perhaps the most striking influence. “Optimism bias reaches rock bottom in mid-life,” says Sharot. “One reason may be stress, because we know from experiments that stress reduces optimism bias. Stress is highest during midlife, potentially because there's a lot going on with taking care of kids, elderly parents and leading busy professional lives.”

Dialling it up or down

Researchers have found that optimism bias is a product of both nature and nurture. Studies of twins, for example, show that genetics play a 30% to 40% role, with nurture accounting for the rest. That’s useful, because understanding the role optimism bias plays in your life – and learning how to influence your own levels of optimism – can help you harness its benefits and avoid pitfalls.

In our careers, for example, optimism can become a self-fulfilling prophecy, according to Sharot. “If you believe that positive things will happen, it boosts your motivation to try harder and that can change the actual outcome. And when we expect positive things, we're happier and that has a positive effect on our health by reducing things like anxiety.”

Optimism is also linked to success in multiple domains, whether it's business, politics or sports. CEOs tend to be more optimistic than the average person, as are entrepreneurs, whose optimism increases further once they take the leap into starting their businesses. “I think it is optimism that causes success rather than success generating optimism, although I'm sure it's a bit in both directions,” says Sharot.

American psychologist Martin Seligman teaches people to cultivate a more optimistic viewpoint by ascribing permanent causes to positive things and temporary ones to negative things. A person may say, ‘That project went well because I am a good engineer’ or ‘That project failed because I didn’t put enough time into it'. The message is that good thing happen for reasons inherent to the individual, while bad things are attributed to causes that can be remedied, such as last-minute preparations. This cultivates a positive self-view that makes us optimistic about our future prospects.

It’s also possible to guard against the downside of optimism bias; the failure to accurately anticipate risk. The Olympic Games are notorious for overblown budgets; research shows that the average cost overrun from bid estimates for the Games since 1976 has been more than 200%. That’s because organisers tend to be overly optimistic about how much they can achieve and underestimate the associated timelines and costs. If future bidders wanted to safeguard against this bias, they could bear this research in mind and correct accordingly, increasing their estimates by 200% to avoid incurring such significant overspends. These days, institutions and companies try to anticipate this bias; the UK Government’s Treasury guidance includes a comprehensive section on correcting for it, for example.

In the workplace, Laslett suggests keeping a diary of projections and outcomes in order to assess your own level of bias, so as to adjust for it if needed. Doing so might result, for example, in allowing three weeks to complete a project, rather than two. “During a meeting, play devil's advocate. Ask ‘What if these scenarios played out? How would we respond?’. Contingency planning can help make a plan more likely to reflect reality than just the optimism someone might feel about an initiative.”

Seeing a situation from all angles is always preferable, adds Laslett, saying: “Any strength overplayed becomes a weakness: that is to say, blind optimism is never good.”

But a little optimism does go a long way. Vangeli feels confident that optimism has served her well throughout her life, propelling her onwards in even the most trying circumstances. And that same optimism may well position her for success when the pandemic is under control and normal life – including her pastry business – can restart.