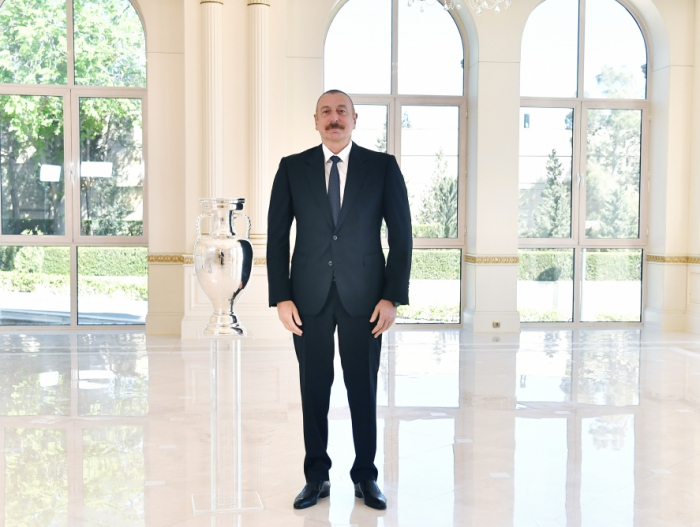 The European Championship trophy has been brought to Baku as part of the EURO 2020 Cup tour, which will be held from June 11 to July 11 this year.

The European Championship trophy, which will be shown in Baku from 7 to 9 May, was presented to President Ilham Aliyev. 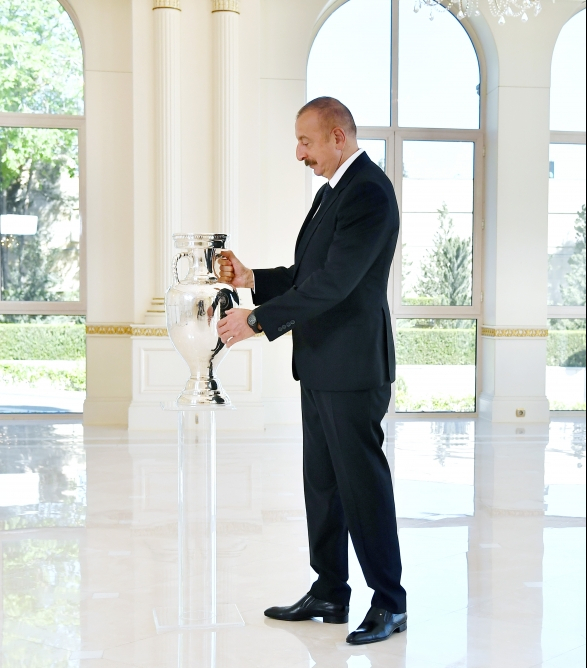 Also named the Henri Delaunay Trophy in honour of the first General Secretary of UEFA who proposed the idea for a pan-European football tournament, the trophy will be awarded to the winning team in the final match of the European Championship. After Baku, the trophy will be taken to the Danish capital Copenhagen. 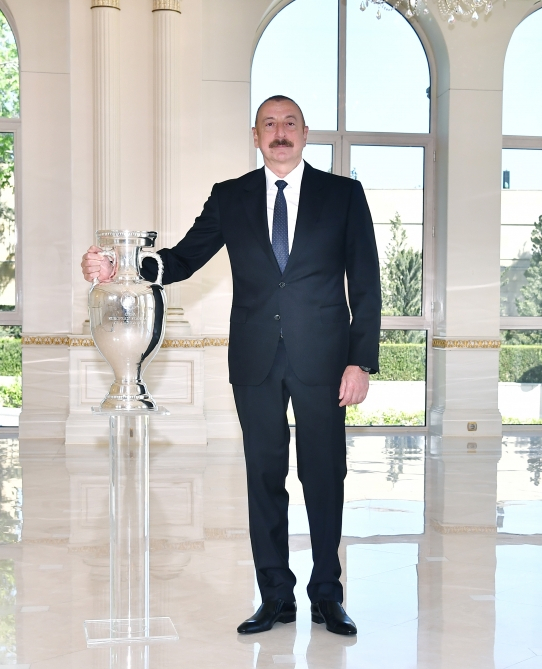 Euro 2020 will be spread in various countries across Europe as UEFA celebrates the 60th anniversary of their tournament. Baku Olympic Stadium will host three matches of Group A and a quarterfinal match. 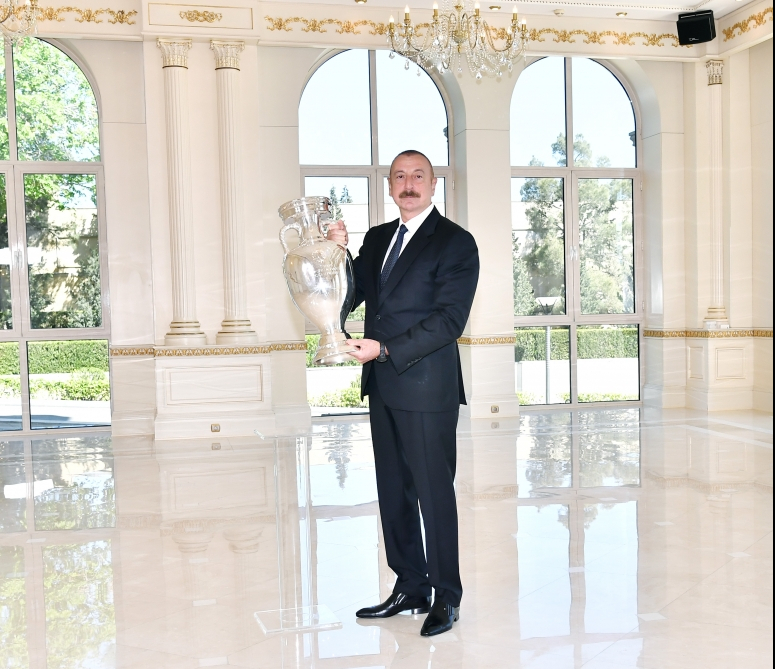