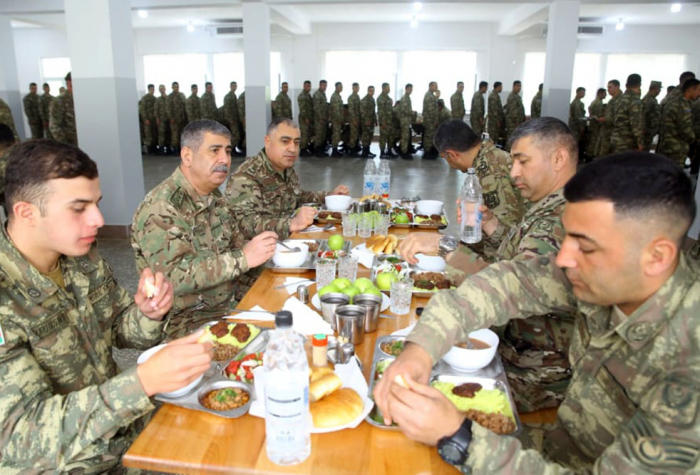 The defense minister got acquainted with the work carried out in the units and inspected the combat and moral-psychological training of servicemen.

Minister Hasanov gave relevant instructions on the high-quality implementation of activities on the further improvement of the social and living conditions of military personnel.

Highly appreciating the combat and moral-psychological training of the military personnel, the minister talked to servicemen and had dinner with them. 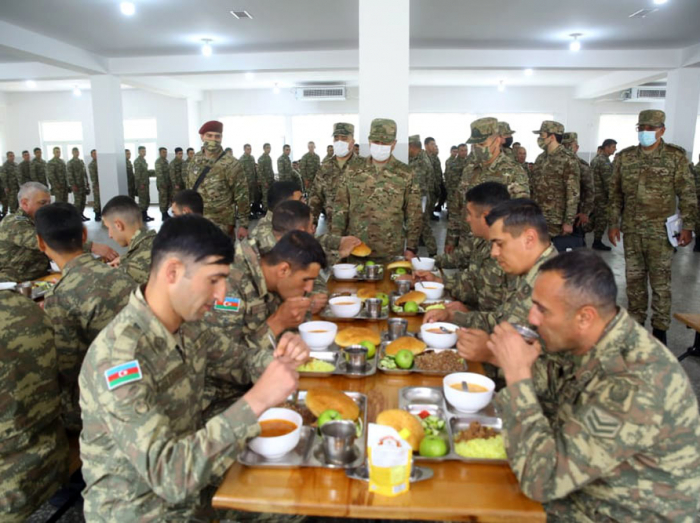