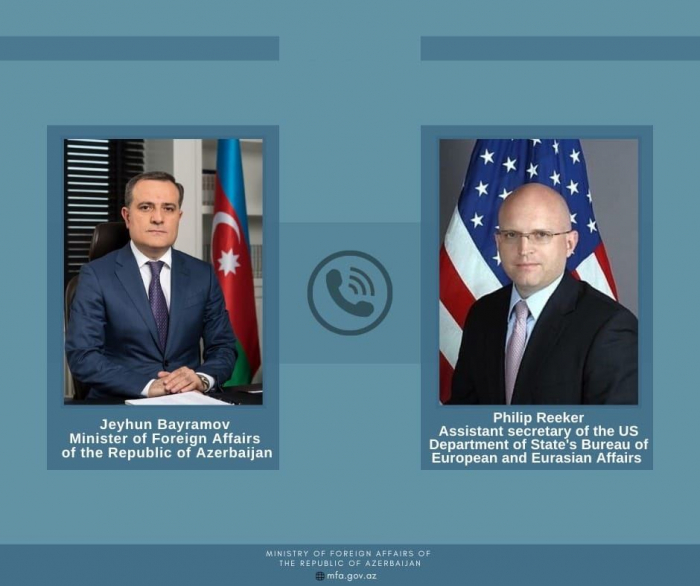 A phone conversation took place between Head of Azerbaijani Foreign Ministry Jeyhun Bayramov and US Acting Assistant Secretary of State for European and Eurasian Affairs Philip Reeker on May 14, AzVision.az reports citing the press service of the Azerbaijani MFA.

According to the ministry, during the conversation the parties exchanged views on the situation on the border between Azerbaijan and Armenia, and discussed the current situation in the region, stressing the importance of resolving tensions through diplomacy and negotiations.

Bayramov stressed that Azerbaijan remains committed to eliminating tension in the region.

He added that in order to quickly eliminate tension on the border, the leadership of the State Border Service of Azerbaijan was sent to the region, noting that negotiations were held with the opposite side.